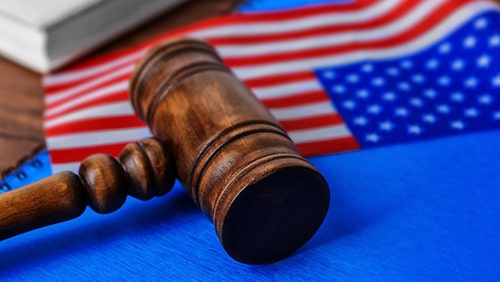 In the majority U.S. staes where native tribes operate casinos, there are compacts in place that layout a revenue-sharing agreement between the tribe and the state government. Alabama isn’t one of these states, which has allowed the Poarch Band of Creek Indians to retain all revenue from their gambling operations and expand across the country. A political action committee (PAC) in Alabama isn’t happy with the arrangement and is trying to force a change, but its own dark past could come back to haunt it.

The PAC is called Poarch Creek Accountability Now (PCAN) wants to force Poarch Creek to pay its share by legalizing casinos in the state. This, asserts the group, would obligate the tribe to pay taxes and be held to state guidelines. PCAN adds that Poarch Creek has too much influence in the state and isn’t being required to contribute to Alabama’s infrastructure.

According to the Montgomery Advertiser, former Alabama Senator Gerald Dial is leading the PCAN charge and asserted in a press conference on Tuesday, “The goal is to hold the Poarch Creek accountable. They should be paying taxes. They should not be using millions and millions of untaxed dollars to influence government in this state. So the money that should be going to educate our children and build our roads is building other people’s roads and educating other people’s children.”

Poarch Creek doesn’t have to pay taxes in the state per the federal Indian Gaming Regulatory Act. That legislation allows tribes to offer Class II gaming operations, typically anything not defined as a casino game, on their own land without having to receive permission from the state. Even of PCAN were successful in getting casinos legalized in the state, the tribe still wouldn’t be obligated to pay state taxes.

Dial says that untaxed dollars shouldn’t be used to “influence government,” but that’s exactly what PACs have been created to do. The hypocrisy of the statement is amazing, as is the fact that the group – one that is harping on accountability – has no accountability itself. PCAN has refused to provide details on its contributors or the source of its funding and is considered to be a “dark-money” group. Dial (weakly) justifies the contributors’ position be stating, “This organization is being funded by people willing to make contributions to it, but they’re not willing to be disclosed because they don’t want the repercussions from supporting this organization.”

PCAN is listed as a 501(c)(4) charitable group, which specifically deals with social welfare organizations. As such, donations are tax-deductible, with certain exclusions, according to the Internal Revenue Service. According to the Internal Revenue Service (IRS), this class of charitable group “may engage in some political activities, so long as that is not its primary activity.” A PAC that looks to change laws seems to have as its primary goal some sort of political activity.

Dial was asked at the press conference if the group would be involved in advertising or lobbying and, although he refused to answer, another person involved with the PAC, Chip Hill, later acknowledged that the group was exploring its options.