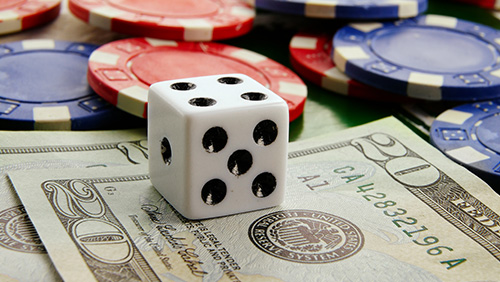 Some cardrooms encourage players chopping tournament prizes, while others enforce a deal-ban… but what is the right thing to do for players?

There have been deals in poker since the first time players had too much on the line to risk, or fancied evening out variance. From the wild west to modern day multi-table tournaments, deals exist, whether they’re approved by the organisers and assisted by a tournament director with a laptop and a decent ICM computer programme or discussed in two minutes near the buffer counter at a dinner break, they go on.

Two tournaments this week have brought deals into the public eye again in poker.

Over at the The Bicycle’s Mega Millions Series, the last five players at the table in Los Angeles did a deal, with a split between the players with both five and three competitors remaining that demonstrated even The Poker Brat needs to compromise at times.

Having locked up over $90,000 each, the players battled on for the win and then dealt again three-handed. The eventual winner, Triet Nguyen, ended up taking the biggest prize home, $167,549 and a $5,000 ticket into the WPT Legends of Poker Main Event.

Over at Maryland Live! There was an even bigger deal… or smaller one, depending on how you see it. How many players have you even seen do a deal. Three? Four? Eight? The whole final table? How about the last 16 players in the tournament?

Yes, that’s right, the $360-entry event at the Live! Casino & Hotel in Maryland saw the final 16 players take home $18,386 each, the exact same slice of the remaining $294,000 prize-pool at the time.  Here’s how that news was broken on social media to a rapt digital audience.

Clearly, poker players and fans are on the fence about this one. Many fans dislike deals, and this has been taken on board by casinos. Dusk Till Dawn in Nottingham is notorious for not having allowed deals for some time, though even the staunchest of their supporters would assume that one or two have slipped through with a handshake during a 10-minute ‘restroom break’ over the years.

French casinos actively banned deals of any sort for many years, while pursuing the perpetrators like Coleen Rooney might approach a previously unreleased Agatha Christie novel.

Other events and casinos understand that deals are a part of the game. PokerStars’ European Poker Tour has welcomed deals into part of the coverage for many years, and fans have responded both positively and negatively to this.

Players, as is often the way, are both the barometer of feeling and the best and most accurate source of whether something is acceptable in the game. We’ve learned this week just how tight the poker community can be when it comes to people like Mike Postle. Poker can close ranks quickly and express a general opinion as a pretty clear collective voice. When it comes to deals, while a few players declare themselves against them, many are all for them.

Deals allow players to take control of the situation, and just like it was admitted in Maryland, if the players want to chop the prize-pool, it’s their money to do it with.

Deals prove that the power is always with the player eventually in poker. While organisers can try to ban deals, they still happen. While fans may not like them, they will always happen, and if broadcast in full, can be entertaining in their own right.

Deal or no deal?

Players will always decide what the final decision should be.