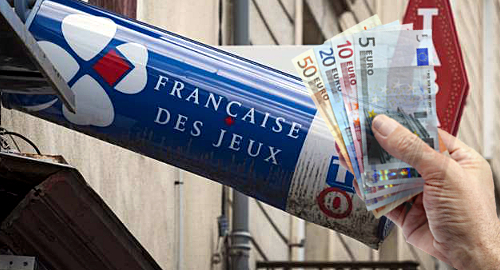 France’s state-owned lottery and betting operator Française des Jeux (FDJ) turned in solid financial results ahead of its privatization, although plans to expand its gaming palette are meeting pushback from private rivals.

Overall gambling stakes were up 8% to €12.54b, of which nearly €10b came via the company’s lottery monopoly, while sports betting stakes were up 14% to €2.56b. FDJ’s digital turnover was up 38% to €2.41b, representing nearly one-fifth of total sales, with growth attributed to new online lottery games and digitalization efforts at FDJ’s 30k+ retail points of sale.

France’s government currently holds a 72% stake in FDJ but is set to reduce that stake to between 20% and 30% following FDJ’s proposed initial public offering (IPO), which is planned for sometime in November. France has long promised to privatize FDJ but the government’s recent efforts to enhance FDJ’s appeal ahead of its IPO have come in for criticism by FDJ’s privately held domestic rivals.

The casino operators stressed that such an expansion of FDJ’s current capabilities would be a “distortion of competition” in the local gambling market that would negatively impact private casino operators, who would be forced to sack many of their employees.

The land-based casino operators also wanted to know if FDJ would be permitted to offer online random number generator (RNG) casino products. At present, ARJEL-licensed online gambling sites are restricted to sports and race betting and poker tournaments and cash games, and an FDJ online slots monopoly would be a major game-changer.

France’s efforts to boost FDJ’s appeal to private investors recalls similar efforts in Greece, where the government awarded state-run lottery and betting operator OPAP an online betting monopoly ahead of the government’s sell-off of its one-third stake in the company. That blatant favoritism was recently found to have been illegal by Greece’s highest administrative court.

Last week, the French government announced that its online gambling regulatory body ARJEL will be replaced by a new entity, L’Autorité Nationale des Jeux (ANJ), which will oversee most land-based and online gambling operations starting January 1, 2020. However, the Ministry of the Interior will continue to regulate most land-based casino activity, while the ANJ will focus on “the fight against excessive gambling” in casinos.