Every poker player will be put to the test in a tournament eventually. Down to ‘15 bigs’, they’ll need to come up with the right answers. But can television writer and former WPT Player of the Year Matt Salsberg double-up, or will he be on the rail? There are no re-entries in this fact-finding freezeout.

Matt Salsberg has written for many top television shows, including Weeds, which he was both writer and producer on. He’s now writing for Season 2 of the critically acclaimed and Golden Globe nominated show, Kidding, starring Jim Carrey. 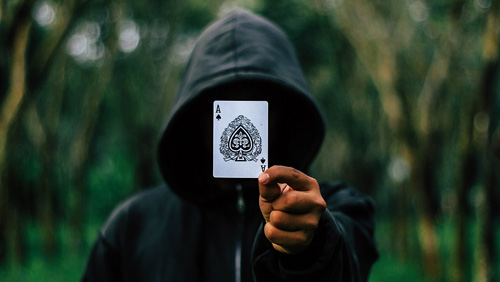 First things first. We need to know what Salsberg would choose as his last meal, whether delivered by a food truck or otherwise.

A couple pints of cookies and cream with caramel swirl from Van Leeuwen Ice Cream shop on top of Mastros butter cake and pecan pie.

You’re on a long-haul flight and can only choose one TV show or movie to watch on repeat, which is your pick?

The Matrix so I could maybe understand all of it if I watch it enough.

The Game by Neil Strauss in case a group of beautiful natives pop out of the trees. I’d have endless tips on how to seduce them.

Wind Beneath My Wings by Vin Scully. Nothing more hopeful than a Bette Midler ballad sung by an iconic baseball announcer.

Aviation Club De Paris – in the heart of the Champs-Élysées and I have never lost there.

I didn’t know those still existed. Four Seasons Maui is a nice expensive place to do nothing.

No poker. I’ve wasted enough time in my life at the tables. Life is short.

Jenji Kohan, creator of Weeds. She runs a mini TV empire now. I miss when it was just us. I laughed and hiked a lot more.

It’d be fun sit next to Howard Stern on a long plane ride, play chess and hear his unfiltered stories.

I write in entertainment, so this happens weekly although poker has helped me cope with disappointment, negative feedback and bad beats. Maybe too much so, actually. It’s good to be tilted. It can fuel you.

You can’t play it yourself… so which family member do you trust with your $10,000 WSOP Main Event entry?

My cousin Myron Scholes. He doesn’t play but he won the Nobel Prize in economics for inventing the Black Scholes model for derivatives so he’s a genius and would command a lot of respect at the tables and could probably figure out how to run up a stack.

Health care for all. The insurance system is beyond corrupt.

You have just ten seconds with the person of your dreams… what do you say?

Matt Salsberg’s latest work is writing on Season 2 of the Showtime series Kidding, starring Jim Carrey, which airs in February 2020 after Homeland. Be sure to tune in and follow the adventures of Jeff Pickles and you can enjoy the trailer for Season 2 right here: