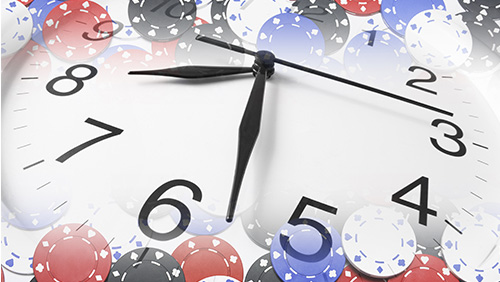 With the World Series of Poker returning via the European leg of the world-famous brand, a massive 15 events will have many poker players salivating. In case you were living in a cave with terrible Wi-Fi over the summer, and missed the action in Las Vegas, here are the current Top 10 standings:

As you can see, it’s a tight race, with Robert Campbell only just clear of the two warring warriors, Daniel Negreanu and Shaun Deeb. Both Deeb and ‘Kid Poker’ will be travelling to Rozvadov and the King’s Casino to play as many events as possible. While that battle itself will be worth many fans travelling to the poker town built purely for the game, many of the best memories of the summer are sure to have been made already.

What an unforgettable summer, filled with memories for a lifetime. Thanks for all the love the past few weeks it’s been amazing!! Let’s run it back next year, until then see you Vegas ✌🏽 pic.twitter.com/009lneYr3t

While some players like Poker Players Championship winner Phil Hui might prefer to stay in America, content with the signature victory that symbolises their poker success, others will be battling for points. However, with 90 WSOP events having taken place in Las Vegas, does it cheapen the brand to see some players pony up the entry fees for another 15 events – 13.5% of the ones on offer in Sin City in order to up their rankings.

It’s certainly rewarding players for totting up their air miles, but is it rewarding the best players in America?

For many years, the World Series of Poker was, in truth, a festival for American players. Irish players would establish themselves in the early 1980’s, and of course, many foreign winners bagged bracelets in the 1990’s and beyond. Today, poker is a truly global game, but is that at the expense of Americans who can’t travel in 2019?

American players have already had the biggest slice of cold turkey pie that was Black Friday to chew through. They had to change their poker playing ways to remain professional, leaving behind established online monikers to make their names anew in the live arena, playing less games per hour than their European counterparts, who were able to stockpile hours at the online felt, at the cutting edge of the game’s development.

Now they’re told that to become WSOP Player of the Year, they’ll have to travel to the Czech Republic/German border to play 15 events in a town with nothing to do but play poker?

While there is a €5 million guarantee and much excitement behind the World Series of Poker Europe Main Event, where players aged 18-21 can still play rather than in America where players must be 21, surely it’s time for a separate banner in Las Vegas and Rozvadov.

It’s extremely likely that with the money involved, Rozvadov will become the home of the WSOPE for many years to come. Who knows, in several years’ time, it may achieve the immortality of recognition that Las Vegas has gained. But it doesn’t have that yet.

If American players want to put up the €10,350 buy-in and take on the best in Europe, that should be encouraged. But some fans would rather the WSOP Player of the Year was the player who did the best in the 90 events in Las Vegas.

Over €22 million will be awarded in Rozvadov, but the Player of the Year banner will be whats remembered in years to come. Robert Campbell will more than likely be out in the Czech/German town of Rozvadov, but for those who aren’t, they might be long forgotten if they’re eclipsed by others with more air miles after November 2nd.

Here’s the full eye-watering schedule for the World Series of Poker Europe.