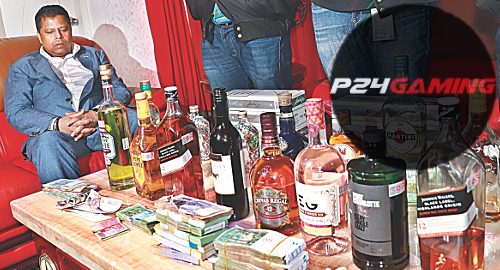 Bangladesh’s casino crackdown continues to wreak havoc in the South Asian country and has now expanded into the online gambling realm.

On Tuesday, police in the Bangladesh capital of Dhaka announced a major personnel shuffle that saw seven of 50 officers-in-charge transferred to other units. The shifts were made after reports that senior police officials had been protecting the dozens of underground casino operations that have been disrupted over the past two weeks.

The crackdown, which has been led by the police’s Rapid Action Battalion (RAB), has rocked the country’s political scene, as leaders of the youth wing of the ruling Awami League party have been fingered as responsible for the installation of numerous casinos in sporting clubs across Dhaka and other cities.

On Monday, the Anti-Corruption Commission (ACC) announced the launch of a probe to determine the names of all who profited from the illegal gambling operations, vowing to leave no stone unturned and no parties immune from inspection.

Meanwhile, the National Board of Revenue (NBR) has temporarily closed a legal loophole that allowed the importation of gambling equipment despite gambling being illegal in the country. The NBR has also begun tracing documentation to determine who was responsible for importing the casino tables, slot machines and other tools of the gambling trade.

Bangladesh government officials announced last week that they were mulling the creation of four ‘exclusive tourist zones’ in which casinos would be accessible only by foreign passport holders. But other government officials have pushed back on these plans as an inconceivable affront to such a religious country.

ONLINE CASINO BOSS NABBED AT THE AIRPORT
On Monday, the RAB detained Salim Prodhan, an alleged ‘online gambling kingpin’ who was trying to leave the country on a flight to Thailand. It’s unclear from local media reports what role (if any) Salim may have had in the underground casinos operating in Dhaka, or who may have alerted the RAB to his activities.

The Dhaka Tribune reported that Salim (pictured above, post-arrest) is chairman of the Prodhan Group, a Dhaka-based conglomerate which included an online gambling company called P24 Gaming, which claims to offer B2B live casino solutions.

P24 Gaming also operated a B2C site (p24-gaming.com) that has since gone offline, although its Facebook page is still online, and somewhat hilariously claims to be “the first online gaming company in United Kingdom. The company is licensed by the Government.”

The Prodhan Group’s P24 page claims to have 150 B2B clients “including the majority of tier 1s across Bangladesh and a number of land-based casinos.” The ‘who we are’ section also includes what might be text quibbled from European live dealer giants Evolution Gaming, as the text somewhat abruptly claims that “one of Evolution’s financial objectives is to grow faster than the total Asian Live Casino market.”

Salim, who is facing money laundering and other charges, is reportedly cooperating with RAB agents. The Daily Star reported Tuesday that Salim had a North Korean partner identified only as Doo, who allegedly convinced Salim to launch two gambling sites in 2018.

The RAB said they’d linked Salim’s gambling business to three local bank accounts, and that deposits into one of these accounts ranged as high as BTK90m (US$1.07m) per month. The Bangladesh Financial Intelligence Unit of the country’s central bank has frozen all of Salim’s accounts and any other accounts they can link to his activities.