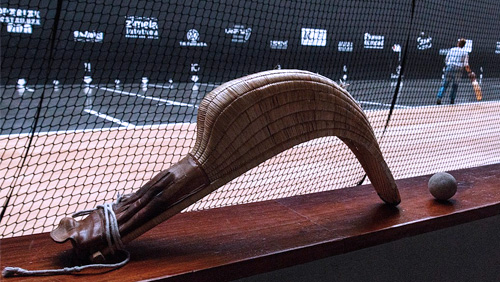 A casino in South Florida has found a friend in the courts, but an enemy in the horseracing industry. Calder Casino wanted to drop horse races in favor of jai alai and it appeared that everything was on track to make the switch. However, the plan met some resistance from a couple of groups that tried to block the transition in court, only to find their efforts were for naught. The casino can move forward, as well as keep its slot machines. At least there won’t be any Santa Anita-like concerns.

The dispute doesn’t revolve around any anti-gambling activists. Instead, it was the Florida Thoroughbred Breeders’ and Owners’ Association (FTBOA), along with the Ocala Breeders’ Sales Co., that tried to stop Calder’s ability to do business as it saw fit. A pari-mutuel license owned by the casino is enough for it to maintain its casino license, per the state’s constitution, and also allows it to drop horse races in favor of the locally-popular jai alai.

That constitutionally-afforded right came about through an amendment 15 years ago giving venues in Broward and Miami-Dade Counties with pari-mutuel licenses the legal ability to offer slots. When the FTBOA and the OBSC tried to argue against Calders and its transition, it tried to argue that the casino could not give up horseracing because the pari-mutuel license was given for the activity.

The court judges, however, didn’t see it that way. The court ruling states, in part, “Contrary to the appellants’ arguments, nothing… requires a facility to continue the same form of pari-mutuel wagering activity that originally qualified it for a slot machine license; nor does this statute tie an ‘eligible facility’ to the same type of racing or gaming as it had when the constitutional amendment was approved.”

Obviously, those behind horse races in South Florida aren’t too pleased with the turn of events or the thought that their industry could be dying; however, that’s the way the system works. The South Florida gambling landscape is changing and Miami has to adapt with it.

The FTBOA could appeal if it wants to, but the issue would have to go before the Florida Supreme Court. In the meantime, perhaps Gulfstream Park, another local horseracing track, will figure out a way to increase its number of races in order to compensate for the losses.