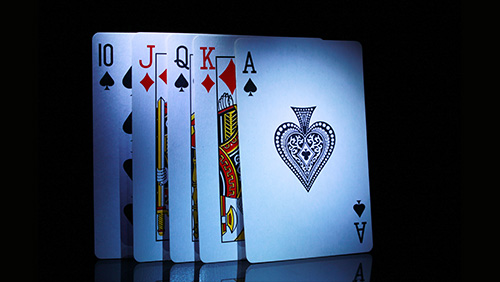 The PokerStars World Series of Online Poker (WCOOP) has reached the Main Event stage, and the really big money is on the line. With over $11.8 million in the prize pool, several big names such as Andre Akkari, Parker Talbot and Mustapha Kanit are still in with a chance of winning the $1,665,962 top prize after putting up the $5,000 entry fee.

Two other players who are riding high near the top of the leaderboard are Run It Once supremo Phil Galfond and Team PokerStars Online player Fintan ‘EasyWithAces’ Hand. With over 2,200 entries at the start of Day 2, the $10 million guarantee Main Event has been well and truly smashed. Fintan Hand in particular, is looking forward to it…

I'll pick 1 follower who RTs and replies with their favorite pic of their pet or just an animal.

I'll do the draw on Sunday before I enter.

It'll be random because I can't pick a best pet.

…although he wasn’t happy with his PokerShares price.

I get the players in there are good but god I hope you get punished for that price. https://t.co/iu9N2pp2N1

You can watch Galfond’s progress via his Twitch, while Fintan Hand also streamed his Main Event adventure, with all the drama on his Twitch page.

Having already won two events, Mike ‘GoLeafsGoEh’ Leah proved himself yet again as an online boss, as the Canadian pro won his third WCOOP, this time for $85,476.

As he did so, Leah revealed his secret weapon, his newborn son, in the background of his celebratory picture!

The $2,100-entry event was a turbo NLHE event and had 219 entries overall. The victory brings Leah’s winnings in online tournaments up to well over $3.6 million, an astounding amount given his success isn’t restricted to being behind his keyboard. The Toronto Maple Leafs fan has won over $7.8 million on the road, meaning his lifetime tournament winnings have topped the $12 million mark.

Over in the Six-Max PLO Main Event on PokerStars, it’s Ben Tollerene who is dominating. Having thrilled his fans with an astonishing come-from-behind win in the British Poker Open Main Event for £840,000, Tollerene has shown no signs of slowing down online, where he has performed brilliantly for many years, particularly in his preferred game format of Pot Limit Omaha.

There are just 23 players remaining in the event, with $1.93 in the prize-pool for the $10,000-entry event. He’ll have stiff competition to close it out, with Shaun Deeb just one of the big names battling to deny Tollerene victory.