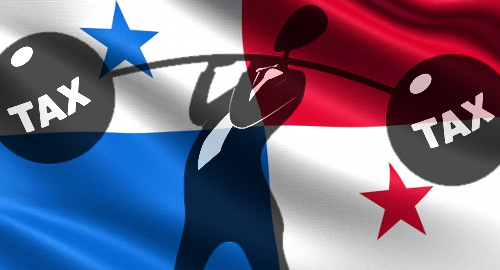 Panama plans to eliminate income tax on gambling activity as an incentive to attract high-spending tourists to the country.

On Monday, the head of the Junta de Control de Juegos (JCJ) gambling regulatory agency announced that the Ministry of Economy and Finance would scrap the 5.5% tax on gambling winnings – which applied to any withdrawals or conversion of chips or tokens back into cash – that the previous government introduced in 2015 to boost retirement benefits for senior citizens.

JCJ secretary Manuel Sánchez Ortega said the elimination of income tax on gambling – encompassing everything from casino slots and gaming tables to sports betting and bingo – would give a badly needed boost to the country’s hotel and tourism sector.

Autoridad de Turismo de Panama (ATP) administrator Iván Eskildsen has already offered his group’s support for the government’s plan. Hotel occupation has slid below 45% over the past two years, leading to the loss of around 40k jobs, and tourism growth in 2018 was an anemic 3.7%, the slowest rate this decade.

The Asociación de Administradores de Juegos de Azar (ASAJA) gaming industry body has been trying to scrap the income tax since its introduction. The ASAJA believes the tax convinced both international tourists and local gamblers to gamble in neighboring Latin American countries that offered customers a better value for their gambling dollar.

In 2014, the year immediately prior to the imposition of the income tax, the government’s share of gambling revenue totaled US$96.1m (Panama’s currency is pegged to the value of the US dollar). That fell to $82.2m in 2015 and to $79m in 2017. The value rose slightly to $86.7m in 2018 but the total generated through the first eight months of 2019 is down one-third from the same point last year.

While punters will undoubtedly welcome the change, the government plans to introduce an ‘interconnected electronic system’ to audit operators to ensure they are paying their proper amount of taxes on gaming revenue. Sanchez said the number of staff to ensure proper monitoring of taxable activity would also rise.

Panama-licensed casino operators currently pay 18% tax on slots revenue and 12% for tables, while bingo operators pay 15%. Sports betting operators pay a variable rate on turnover that ranges from 0.25% to 1%, plus an additional 2% on winnings paid to gamblers.

Interestingly, Panama’s decision comes just one week after the JCJ’s Ortega met with his Mexican counterpart, Luis Calvo Reyes, head of the Juegos y Sorteos regulatory body. Local media reported that taxation was a key part of their discussion.