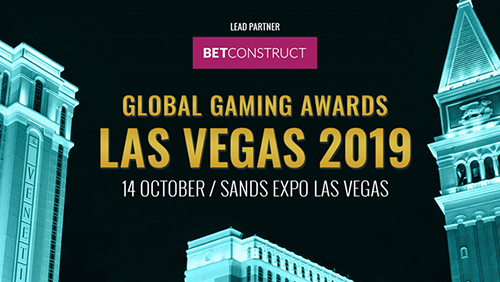 The full Shortlist for the 2019 Global Gaming Awards Las Vegas is now available to view, with just over one month to go until this year’s presentation ceremony.

Receiving a nomination is an outstanding achievement for any gaming industry company and is clear proof the company is rated among the world’s very best.

The winners in all 12 categories will be confirmed at a luncheon ceremony at the Sands Expo Convention Center on Monday 14 October; the perfect way to kick off the G2E show.

Gambling Insider COO Julian Perry said: “It’s a pleasure for us to bring you the official Shortlist for the Global Gaming Awards Las Vegas 2019. We wish the very best to all nominated companies and there is no doubt competition for all 12 Awards has been very fierce.

“This is in fact my favourite part of the process. The excitement about the ceremony is building, all nominees are aware of their place on the Shortlist, and now everyone can ponder what is about to happen in October.

“I would like to thank our magnificent Judging Panel for taking the time to place their votes in all 12 categories, and now the voting has closed, I’m sure this year’s luncheon ceremony for the Global Gaming Awards Las Vegas will be the best yet.”

The Shortlist has been compiled at the end of a rigorous process, which began with a period of self-nominations put forward by hopefuls, and recommendations made by the Nominations Panel.

The final Shortlist was then deliberated on and decided by members of the Gambling Insider editorial team.

All nominated companies were then asked to provide a supporting statement to the Judging Panel, outlining why they should be chosen to take home the Award.

This year’s Judging Panel has reached a record number of 100 Judges, providing proof of the Awards’ growth in popularity since the inaugural ceremony in 2014.

The panel is made up of esteemed executives from across the industry, ensuring the Awards are decided by people with only expert knowledge. The Judges then placed their first- and second-choice votes in all categories.

Scientific Games and Aristocrat were the standout winners at last year’s ceremony, taking home five Awards between them.

Both companies are shortlisted again in several categories this year, while MGM Resorts will be hoping to reclaim its Customer Loyalty Program Award, which was taken by Caesars Entertainment last year, after four straight wins for MGM.

The Digital Supplier category has shown the depth of competition in the market, as it has been won by five different suppliers across the previous five years. SG Digital was crowned the winner last year.

This year is the first full year of fully-regulated sports betting in the U.S. outside Nevada. Since PASPA was overturned last year, opportunities have opened up for several new companies to enter the market. This includes the likes of Kambi, nominated in the Digital Supplier and Digital Product categories, and it will be interesting to see how the likes of DraftKings and FanDuel fare in the Digital Operator category.

The voting process was independently adjudicated by KMPG Isle of Man to ensure full fairness and transparency.

All nominations in all categories are explained in-depth in the Global Gaming Awards Las Vegas 2019 Shortlist magazine. The magazine will be available in print and distributed at G2E, and is available to read on GamblingInsider.com and via the Gambling Insider app on iOS and Android devices.

The Global Gaming Awards Las Vegas are powered by Gambling Insider in association with G2E. BetConstruct is the Lead Partner.

All winners will be confirmed on GamblingInsider.com shortly after the presentation ceremony and will be available to view on GlobalGamingAwards.com/Vegas. The winners will also be listed in that week’s GI Friday.