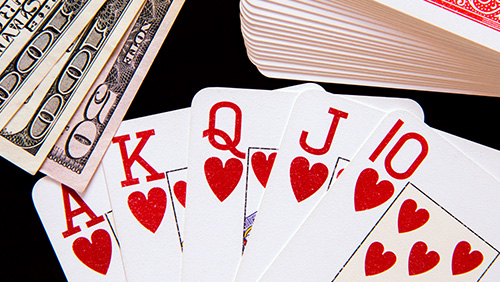 London, much of the post-series chat between poker fans was about the quality of play.

With PokerGO viewers treated to the best of the best battling for just a few paid spots, everyone was on their A-Games.

When talk bled into the Twittersphere, a topic that often arises around the time Super High Rollers take place surfaced yet again. Do Super High Rollers have much of their own money on the line? Are they boring to watch? Are they that much better than players at other levels?

While the answers for any sane poker fan to those questions are obviously, of course not and yes respectively, players took to Twitter to praise each other for the play. Erik Seidel was quick to credit Stephen Chidwick with a phenomenal Super High Roller Bowl performance, and that was expanded on by Sam Greenwood, who took part in both the British Poker Open and the Super High Roller Bowl London.

If you find the aesethics of SHR poker to be boring. That's fine, but the idea that the play is robotic or boring is insane to me. I've been playing poker for 15 years and it's never been played at a higher level.

Chidwick’s performance actually did comparatively little for his all-time money list credentials, with $350,000 equating to just over 1% of his incredible $32 million lifetime earnings. Compared to his WSOP bracelet in July for $245,000 on its own and $5.3 million Triton event win in August, perhaps the performance really was what mattered to Chidwick – it was so good that it should.

Chidwick, who has won over $9.5 million in the last six months alone, remains in 8th place on the all-time money list, just over $400,000 behind the semi-retired Fedor Holz in 7th place. Chidwick was two places off the money in the Super High Roller Bowl and a runner-up place that would have earned him £900,000, but his ascension to the pinnacle of poker is surely only a matter of time.

One player who enjoyed a fantastic British Poker Open was Belarussian Mikita Badziakouski. A fourth place result in Event #4 gave him a useful $55,000 cash, but it was in Event #9 that he came to the fore, winning the event after defeating Christoph Vogelsang heads-up to earn a gargantuan £486,000.

Those two results have propelled Badziakouski up to 15th place on the all-time money list, above John Juanda and just $575,000 behind Phil Ivey. With Ivey unlikely to play the kind of volume that the 27-year-olf Badziakouski will over the next few years, this won’t be the last we see of the mercurial Belarussian.

The greatest progression up the all-time money list was from Cary Katz, and he will easily grab the headlines on Twitter once one of the men he’s overtaken realise what he’s done. Katz won the inaugural Super High Roller Bowl London for £2.1 million, escalating him above both Scott Seiver and Phil Hellmuth in the all-time money list.

Katz’s first live tournament cash was in 2004, as opposed to Phil Hellmuth’s career of cashes, which started a full 17 years earlier at the Pot of Gold in Reno. Katz, who runs Poker Central and PokerGO will be hoping to move past Jake Schindler into 17th place, and will then be targeting a player he enjoyed a lot of time with at the felt in London – Mikita Badziakouski.

Who’ll make a big move the next time the Super High Roller circuit brings players back to the felt in an event with eye-watering buy-ins and huge top prizes? We’ll be sure to update you!