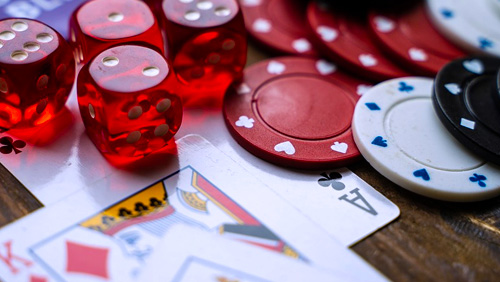 Kentucky is one of a shrinking number of U.S. states that still doesn’t have a robust gambling presence. For the most part, it’s still illegal to gamble in the state, with the exception of some controversial instant racing machines, but that could change within the next couple of years. Andy Beshear, who wants to become the Bluegrass State’s next governor, fully supports all types of gambling, including physical casinos and sportsbooks.

Beshear isn’t afraid of admitting that gambling is important to him. He believes, as has become the main argument for the activity’s legalization in states across the country, gambling is a way to boost local economies and, if not embraced, gamblers are simply going to head across state lines to legal jurisdictions place their bets.

The gubernatorial candidate proved that point last Thursday with the Winner’s Circle Off-Track Betting Parlor and the Horseshoe Southern Indiana, both of which are across the Kentucky border in Indiana. They’re an easy drive from Louisville, Kentucky at about 15 miles away and Beshear is concerned that the venues will take gamblers – and gambling dollars – out of the state. The potential to lose millions in tax revenue is realistic, with some estimates putting the amount currently heading out of the state at $500 million or more.

In a statement released by Kentucky’s current Attorney General, he asserts, “Expanded gaming is a long-overdue and common sense way to make Kentucky more competitive and protect the hard-earned pensions of our teachers and first responders.”

There are now just ten states in the U.S. that don’t offer some form of casino activity, with Kentucky being one. Of the seven states that share their borders with the state, only two – Virginia and Tennessee – don’t have casinos. Ohio, Indiana and Illinois, additional border states, have casinos or racinos that are just over state lines, making them very convenient for both in-state and out of state residents.

In order to combat the as gamblers hop over the borders, Beshear wants to allow casinos, sportsbooks and more across the state. He expects gambling would generate over $1.7 billion in economic activity in just the first year alone.

Beshear isn’t the first to suggest gambling for the state. For 12 years, there have been sporadic attempts at seeing legalized wagers come to Kentucky, but the bills have always found a brick wall almost as soon as they have been drafted. If nothing happens sooner, perhaps the candidate to lead Kentucky into the future can make a difference if elected this November.