Minnesota could take another stab at sports gambling thanks to Iowa 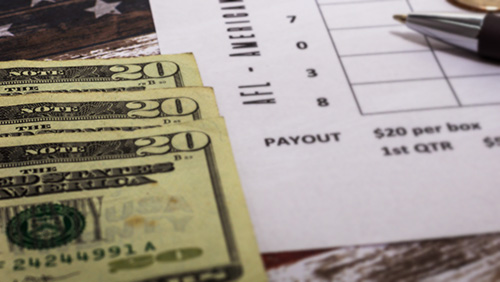 Iowa opened up a can of worms when it decided to legalize sports gambling this past May. Seeing how quickly sports fans took to the activity, and out of fear of losing revenue to its neighbor, Wisconsin is now preparing to try to put sportsbooks on solid ground in the state. Another Iowa neighbor is peeking around the curtain and watching as fans flock to the border to place their bets, and is beginning to consider whether or not it needs to green-light the activity, as well. Iowa is responsible for turning not only Wisconsinites, but Minnesotans into sports gambling believers.

Minnesota is reportedly about to breathe new life into an attempt to legalize sports wagers in the state. A Senate committee tried to push the issue earlier this year, asserting that sportsbooks should be allowed at tribal gaming properties and two racetracks, but the tribes, through the Minnesota Indian Gaming Association (MIGA), weren’t too enthusiastic about the inclusion of the tracks and the bill didn’t get much interest. When a similar bill was put to the test in the House, it wasn’t even given a second thought and only served as kindling in a fireplace.

Roger Chamberlain, a Minnesota Senator who was behind the first sports gambling effort, wants to try again. However, it isn’t clear if the revived push is due to a true belief in the value of sports gambling to the state, or the fact that Iowa beat Minnesota to the punch. He said during a recent interview with Minnesota Public Radio, Iowa is doing it, for God’s sake. That should be embarrassment enough for us to start doing it up here.”

Iowa is setting the pace for sports gambling in the region, and other states are going to have to try to keep up – something they don’t seem willing to do. Casinos in Iowa are all too proud of the fact that they jumped into the lead and aren’t afraid to brag about it. One, the Diamond Jo Casino, held a grand opening for its sportsbook last month and the ceremony saw participation by John Randle – an NFL Hall of Fame inductee who just happened to be a star player for the Minnesota Vikings.

Minnesota Representative Pat Garofalo, like Chamberlain, only sees embarrassment in Iowa’s ability to stand in front. He exclaimed in a Twitter post last month, “A sportsbook in Iowa is having former MINNESOTA VIKING John Randle make their 1st bet. Not someone from Iowa, someone from MINNESOTA. elected officials in Minnesota now understand the consequences or refusing to take legislative action on sports gambling?!”

Perhaps Minnesota lawmakers will actually get the message. Chamberlain and Garofalo are pushing for legalized sports gambling in their respective chambers and, in this case, the second time could be the charm.