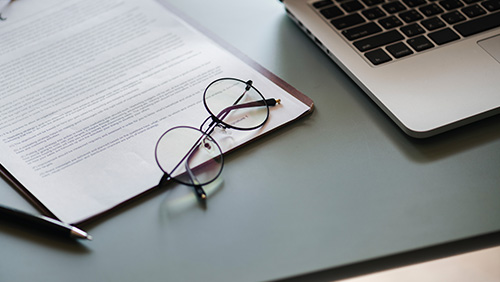 On September 5, it was announced that Austrian gaming technology supplier Novomatic was making several changes to their executive board structure. This will include a reduction in the number of members on the executive board, reducing from 6 to 3, as well as appointing a new chief financial officer, Johannes Gratzl.

The announcements came in a letter, where the company expressed a need to consolidate and optimize its corporate structure. A move that was felt to be necessary since last year. To accommodate this goal, Novomatic has reorganized both the supervisory and executive boards. This move includes naming Dr. Bernd Oswald as Chairman of the supervisory board, Martina Flitsch as the deputy chairwoman, and Dr. Robert Hofians as the supervisory board member.

The executive board reduces to three officers, as Harald Neumann will serve as the chairman and chief executive officer (CEO) and Ryszard Presch was named as the chief operating officer (COO) Gratzl takes over as the chief financial officer (CFO).

Until recently, Gratzl had served as the head of group treasury at Novomatic. He will be replacing Peter Stein, who recently resigned from his position “by mutual consent” according to the company. Both Neumann and Presch remain in the positions they had held before the board downsizing.

Also included in the announcement was the fact that Thomas Graf will no longer serve as the company’s chief technology officer. He is currently the CEO at the Greentube Group, a developer and supplier of software for mobile and Internet gaming. Greentube is a subsidiary of Novomatic.

There were a number of other changes announced as well, this included Bartholomäus Czapkiewicz moving from his position as chief systems officer, effectively removing him from the executive ward. However, the announcement explained that he would “continue to be responsible for this area as an authorized signatory.”

Christian Widhalm, who had served as the chief investment officer at Novomatic, also resigned from his position effective immediately. According to the announcement, this was due to “health reasons” but they explained that he would continue to be available for consultation and advisory capacity if needed.

The supervisory board also saw a reduction, dropping from five members previously down to three. Oswald, Flitisch, and Hofians remain on the board, while Martina Kurz and Barbara Feldmann will exit without their positions being filled.

This move may have been prompted by an announcement last week that first-half profits this year fell by 68.8% from the previous year to a total of €34.3 million ($37.82 million). The total earnings before interest, depreciation, amortization, and taxation also fell by 5.1% during the same period.