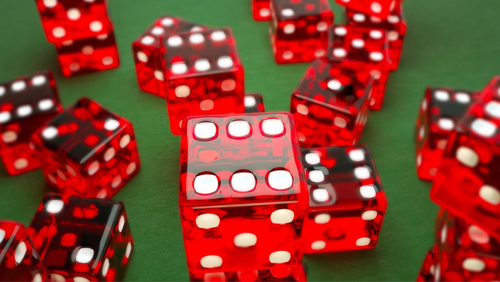 EveryMatrix has been working hard to roll out its gambling products this year and has already inked several key deals. However, despite its efforts, it suffered a little bit of a setback last week when the U.K. Gambling Commission (UKGC) suddenly pulled its license. The gambling platform and systems supplier found itself scrambling to respond and get back in the running after the gaming commission wanted to better determine if it was in compliance with local regulations.

The UKGC reportedly suspended the license temporarily in accordance with Section 18.2 of the Gambling Act of 2005. That section allows the commission to immediately order a suspension of an entity’s license if it believes that the entity has violated the conditions of its operating license or if it believes that the company is no longer suitable to hold the license and maintain operations.

In a statement explaining the action, the UKGC asserted, “The Commission has determined to suspend the above operating licence insofar as it pertains to the operator’s ability to offer remote facilities for real event betting other than pool betting or betting on virtual events, and to operate a remote casino.”

EveryMatrix has already gotten word out to its shareholders that its platform offerings are not going to be able to process bets from any of the company’s U.K. partners, including Bookee, Dragonara Online, Fantasino, Jetbull, MrWin.com, PlayFrank, PWRbet, SportingIndex.com or WestCasino.com.

However, it’s not all bad news. The company noted, “During this period EveryMatrix will continue to deliver a fair and safe experience to its players. All players will be able to access their accounts and withdraw any funds held in it at any time. Ante-post bets will be honoured, so if you have placed bets on future events these will be paid out as usual if they become winning bets.”

The suspension is limited in scope and EveryMatrix is already working to appease the commission. Any licensed activity tied to the company’s manufacturing, supply, installation or development operations are not going to be impacted.

While the reason for the suspension isn’t totally clear, it could be tied to anti-money-laundering or know-your-customer procedures at EveryMatrix. The U.K. is cracking down hard on any company that doesn’t follow the guidelines to the letter and this could just be the latest case of transgression seen by the UKGC.