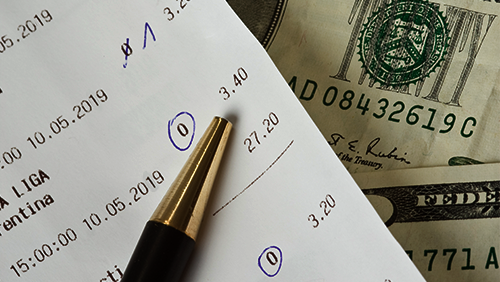 The sports gambling scene in New Jersey just got a little thinner. Two offshore sportsbooks that had entrenched themselves in the Garden State have suddenly, and without explanation, pulled out, choosing to bypass a state that has more sports gambling potential than does Nevada. BetOnline.ag and Bookmaker.eu are pulling out, and New Jersey residents who have used the sites should withdraw their funds as soon as possible.

Sportsbook Advisor broke the news about BetOnline, indicating that users in New Jersey have begun to receive notification about the pending closure. They have been sent a message that reads, “It has come to our attention that your BetOnline account is registered in New Jersey. Please note that, per our Terms and Conditions, BetOnline does not accept customers from New Jersey and your account has been closed. All pending wagers have been cancelled and refunded. You have until September 30th, 2019 to withdrawal your remaining funds.”

Bookmaker, which is based in Costa Rica, is apparently going the same route. New Jersey users of its platform are beginning to receive similar messages, emphasizing that they should withdraw their holdings before it’s too late.

While neither has provided any indication of why it has decided to pack up and leave, the answer could lie in the hands of the state’s Division of Gaming Enforcement (DGE). Since last year, its director, David Rebuck, has been going after offshore gambling sites, as well as those entities that promote them, following New Jersey’s successful push in the Supreme Court to be able to offer sports gambling.

It could also be simply that New Jersey isn’t as lucrative as it once was, at least for the offshore sports gambling operators. Since launching legalized sports wagers, those licensed entities have continued to eat away at the monopoly held by the offshore venues. As the shift toward legalized platforms continues, taking into account Rebuck’s efforts, BetOnline and Bookmaker may have decided that it was simply time to move on.

Ever since someone realized that the Internet made gambling possible, there have been offshore gambling sites, and both BetOnline and Bookmaker are two of the earliest. The entire industry was flourishing until 2006, when the US government created the Unlawful Internet Gambling Enforcement Act (UIGEA). That legislation prohibited offshore sportsbooks from targeting US customers and many of the operators faded away. Several, including BetOnline and Bookmaker, decided to tough it out and managed to grab a larger piece of the market.