In the vernacular, a meat market is used to describe a bar or a club where people go just to find a hook-up. If the idea conjures images of people standing around like large pieces of meat waiting to be chosen, you got the concept. However, a supposedly hidden group on Facebook allows users to gamble on a real meat market that offers rare meat. 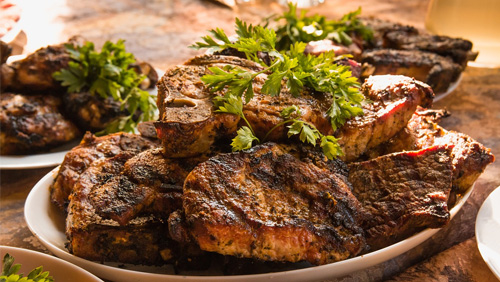 According to Chris O’Connell on Mel Magazine, the meats featured in this underground market are normally impossible to find; items such as “an Iberian octopus and A5 Wagyu beef” can be had if the price is right. The article explains, “For the low price of $25, they could have a 1-in-10 chance of a rare 6-to-8-pound octopus, caught off the coast of Spain, being overnighted to their home.”

The group is invitation-only and is part of a growing trend of “gray market” groups that allow people to gamble real money to win rare or unavailable goods. In the case of the group behind the tentacled temptation, users select their desired item, make a $25 payment via PayPal and select a number from zero to nine. If the number hits, they win the item. It isn’t clear how someone would be able to ship a Spanish octopus from Andalusia to Texas, for example, or how much the shipping might cost.

Similar groups are popping up across Facebook. Mel Magazine explains, “Need a bottle of Westvleteren 12, a Trappist beer made and sold at an Abbey in northwest Belgium, or a box of Cohibas straight from our longtime adversary, Cuba? There are multiple pages on Facebook that can help you with that, if you know where to look.”

To help keep authorities at bay, which is a way of saying that the groups know what they’re doing is wrong, they rely on keywords to obfuscate their activities. “Dollars” isn’t used; they’re called “doll hairs,” and this is just one example of how the operators try to cover their tracks.

There are also groups that allow members to participate in lotteries on lotteries. This has led to the creation of another keyword switch. Instead of raffle, “razzle” is used and O’Connell describes it by saying, “The most popular type of razzle is based on the Illinois Pick 3 Plus Fireball Lottery, most commonly (and simply) referred to as a ‘Fireball.’ Every day, at 12:40 p.m. and again at 9:22 p.m. Central, someone at the Illinois State Lottery draws four balls. The first three matter only if you’re actually playing the Illinois lottery, which no one in these groups actually are [sic]. The only number that matters is the final one, the Fireball. If your number hits (zero through nine), you’re the winner, and you’re about to get a shiny chef’s knife, wagyu steak or something tangentially related to cooking meat in just a few business days.”

The groups have been able to lurk in the shadows, avoiding detection. However, if I were a betting man, I would put my money on Facebook, once again, finding itself in the crosshairs of regulators’ wrath over its underground markets.