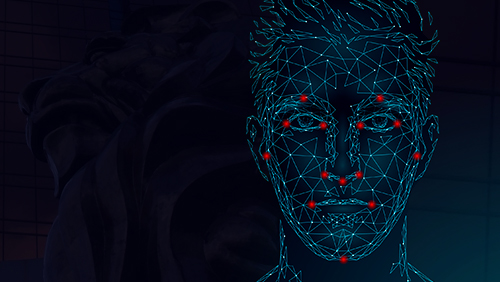 Although facial recognition is one of the new technologies that casino operators have a lot to gain from, some of those benefits will have to wait. MGM believes it doesn’t need those benefits quite yet, as the operator has revealed they are satisfied with their current surveillance systems in Macau casinos.

The Macau Daily Times reports that neither MGM Cotai nor MGM Macau currently sport facial surveillance technology. This was revealed by the CEO of MGM China Grant Bowie on the sidelines of a recent event. He noted that with the current systems they have, he believes the two locations are sufficiently safe.

Macau has had a confusing relationship with facial recognition this year. After a spate of crimes caused security concerns in the city, lawmakers demanded that operators step up their surveillance game and implement the technology to make casinos safer. When those crimes subsided though, they quickly changed their tune, and asked casinos to hold off on installing any new technology that could potentially infringe on the privacy rights of citizens and tourists.

That’s the double edged sword of technology that can match a face to a name and profile. While it provides an added edge in providing security, as it can quickly assess the risk any particular visitor might pose, it can also be used to provide the house an additional edge. Experts have noted that in theory, the technology could be used to match bets to patrons and allow the casino to have better information about any particular player’s betting habits.

For now, MGM China won’t be doing that, but that doesn’t mean MGM China has ruled out future use of facial recognition technology. Bowie promised that if the operator should ever chose to pursue it, they would comply with whatever demands Macau regulators make of them.

Considering Macau has already had the foresight to pause new surveillance installations for the moment, lawmakers already have the pros and cons keenly in mind.