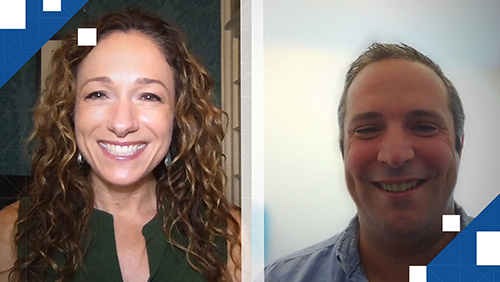 When perusing an iGaming expo floor, one cannot help but notice the plethora of online slots providers, an endless maze of what appears on the surface to be a lot of the same. How in the world are iGaming operators supposed to choose which supplier to go with? Strategies for standing out have always been cherished in our crowded iGaming industry space, spanning across B2B suppliers to affiliate programs, payment systems, platform providers and much more.

Plank Gaming, an online casino slots developer, strives to add something new to our crowded market. CEO and co-founder Liam Mulvaney has a rich history in slots development, beginning roughly 10 years ago during his time with NetEnt. “It changed my whole perspective the first time I learned how slots are actually made, through mathematics and everything happening,” he shared with me.

Mulvaney’s love affair with slots grew over the years and eventually inspired him to launch Plank Gaming in 2018, a B2B slots provider that does things a little differently.

“The content of course has to be good. The content has to be king. There is no other way, we will never compromise on quality. But we also understood that content alone isn’t enough to make you stand out nowadays,” Mulvaney shared.

“There are so many suppliers out there, they are all doing their own thing and we’re all vying for the same piece of the pie…so we focus a lot on partnerships and the internal mechanics of the game. We’re not looking to gamify games, we don’t look to produce games which will have particular gamification inside the games, we stay away from that, but what we want to do is focus purely on mechanics of games,” Mulvaney explained.

In an effort to produce the best slots games out there, Plank Gaming depends on player feedback from across the slots industry to propel their internal slot game development.

“We founded Plank with that idea so everybody [in our company] has been in the industry for a very long time and we cater for the player. Even from a product perspective, we don’t allow product to go too far with our game content themselves, we’re always tweaking it back so that the player can actually enjoy the experience and we’re getting that feedback back game after game after game. We’re always improving it after,” Mulvaney revealed.

The challenge, of course, is that different players will undoubtedly have different preferences. For example, we have the casual slots player on one end of the spectrum and the high rollers at the other end. The question here is, how can slots developers create games that appeal to the whole spectrum?

“I don’t think that can actually be answered…no player is created equal, every player, every game we do will go to the player test. That’s going to be the final thing. I’ve seen games which suppliers thought were going to be total failures and became some of the greatest hits in the industry and we’ve seen games where everybody was banking on it and it flobbed straight down to the bottom,” Mulvaney said.

“It’s the players who are going to determine how the game is going to be played. That and the partnerships you form with the operators. If you don’t have the operators who are able to distribute those games in particular places, you can’t create a hit. So we try everything. If we knew how to create a hit every single time, we would!” he explained.

“But the reality is that in most cases, it’s constantly taking a gamble on a mix of things we know work and a mix of things we want to be different and you’re always trying to create that mix which you want to remain and become a trend within the industry,” he added.

“So it is a gamble for us as well…when you think we’re planning these games months in advance it’s a bit of a bigger gamble because what’s happening now might not be effective with what’s going to happen six months down the line once your game hits the production line,” Mulvaney said.

Innovation in the online gambling industry is a constantly debated topic, with a number of professionals claiming our industry does a poor job with innovating. While Mulvaney recognizes the need for innovation in certain aspects of the industry, he does not believe it should be the only focus as we already know the mechanics of slot games work and have been working for years.

“We believe innovation is good, we believe innovation needs to be done, but we also think that it doesn’t exist in slots — games are being done differently, they are more fun, no doubt about it and there are some suppliers who have done some fantastic things — but a slot is a slot. A slot, for the last 15 years, has done the exactly the same thing,” he pointed out.

“We believe there’s a market there which will always remain the slots player which is why we are determined to focus on the slots players…we are not looking to create something which is completely different,” he explained.

“So as much as we believe in innovation and we believe that its something that can take us forward, we are also looking at creating different slots. Unique slots. And we are more in love with the way we develop slots, in the way we’re actually trying to get games out there and actually work with partnerships rather than on the content itself,” Mulvaney added.