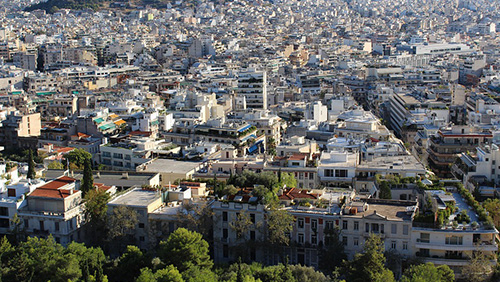 Greece has been trying to put together a plan for an integrated resort in Hellinikon for some time, but has continuously run into difficulty figuring out how to proceed. The repeated delays in launching the project and accepting bids from potential casino operator candidates – there have been four in total – has caused more than a couple of operators to lose interest. Earlier this month, Greece’s Development and Investment Minister, Adonis Georgiadis, assured everyone that no more delays would be seen. True to his word, the games are about to begin.

There are now three final bidders for the casino tender, according to Greek news outlet Ekathimerini. These include Hard Rock International, Mohegan Gaming & Entertainment (MGE) and Genting Malaysia. At this point, no more bidders are expected to be allowed in. MGE has been the most supportive of the three, with company representatives, including CEO Mario Kontomerkos, making several trips to the country on exploratory visits and the company wants to hook up with GEK Terna, a local firm, if it is chosen for the tender.

Genting almost bailed on the project before receiving inspiration from somewhere to stay in. The same can’t be said for Caesars Entertainment, which backed out in May. That decision wasn’t too surprising, given the company’s time- and resource-consuming tasks as it prepares to merge with Eldorado Resorts.

The deadline for the selection of the tender winner hasn’t changed – it still is expected to take place at the end of September. Despite attempts by SYRIZA, the country’s radical left political party, to thwart the casino’s progress, it has been shown to have been only fighting a losing battle all along.

The integrated resort is expected to be built at the site of the former Hellinikon international airport, which has been closed for 18 years. There have been plans to build a resort on the site for years, but economic recessions in the country, in Europe and in the world have forced the idea to be placed on the back burner.

Now that gambling is receiving renewed interest throughout the area – Cyprus is getting an entire chain of casinos – and Greece has been able to slow economic losses, the timing has improved for a casino to be added to the landscape. In addition to the gambling house, plans are also being put together that could see the creation of new hotels and residences and even a new marina. All of these, contrary to the left’s misguided beliefs, would give Greece the economic autonomy it has been seeking to regain for the past couple of decades.