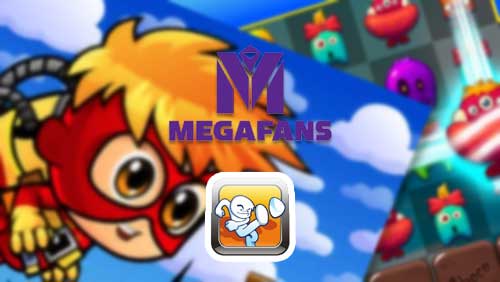 After publishing 16 mobile games available on app stores such as Google Play, MegaFans has moved forward with a plan to develop its first eSports tournament prototype to be available on mobile devices. This will allow users to be able to compete for tokenized prizes that can be used on their mobile device no matter where they are on the globe.

While the goal is to offer additional games in the future, MegaFans will focus originally on offering tournament editions for its two most popular gaming apps: Jet Jack and Candy Booo Mania. Jet Jack is a scrolling shooter based game, while Candy Booo Mania offers a puzzle match experience. These were the first two games that the MegaFans eSports engine offered as a mobile gaming app.

While these will be the first two, they will most certainly not be the last. Already, MegaFans has scheduled the release of other games for the upcoming months. In addition, MegaFans does not appear to be locked in to adding just their own apps. Currently, they are working with other multi-game developers, studios, and fintech providers looking to add additional games for their platform. This has buoyed the company’s projections that they will exceed $72 billion in revenue by the end of 2020.

According to the company’s co-founder Jeff Donnelly, “Our full portfolio will cover all major genres of games including but not limited to: platformers, puzzles, strategy, racing-adventure, sports, RPGs, single-player, PVPs, and more.”

Donnelly explained that the current market has become such that game designers and developers must create apps that enable the user to enjoy their favorite games in this kind of tournament fashion, all while earning prizes. “The digital games market already knows that competitive esports for prize pools is an emerging growth market so, offering that type of product on every mobile device in the world with tokenized prizes and exploiting this growth channel is an amazing opportunity. We are glad to be the first platform to figure this out in a unique way.”

While MegaFans is joining many other developers in offering tournament play, they have separated themselves by offering these tournaments for prizes. It is also expected that they will hold both streaming and destination location events, giving users the ability to compete for larger prizes, many of which are likely to be substantial and not just digital.

While this could be a huge source of revenue for the eSports developer, there is a concern among users that the company has been quick to address. A major concern for players related to these kinds of apps has been security. Data breaches and hacks have become commonplace, and users are concerned that an applicant can be breached, allowing hackers to steal valuable private information.

MegaFans has attempted to combat this concern through the use of blockchain technology. This will primarily be used in its payment platform, which will enable users to pay using United States dollars, euros, or cryptocurrency assets. The use of blockchain-based technology is specifically designed to assist those who are using cryptocurrency to feel more confident that their assets are being protected.

Added Donnelly, “We understand that our customers, gamers and developers alike, are the core of the mobile game industry, so we will be gamer-centric in every aspect of this business, listening and reacting to our players and partners.”