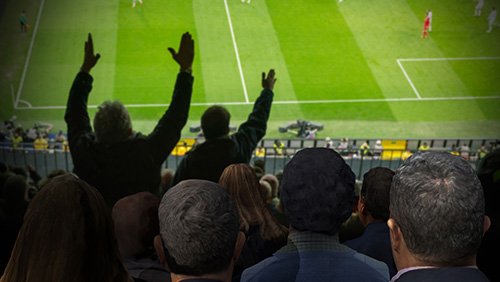 International sports gambling company William Hill is looking to further entrench itself in the Spanish market. It has just signed a sponsorship deal with Real Oviedo as part of its complement of

La Liga 2 sponsorships. The gambling company has been busy capturing the attention of Spain’s bettors, already having signed sponsorship deals with seven other La Liga 2 teams.

Real Oviedo didn’t have a recent shirt sponsor until William Hill stepped in. That now changes with the new sponsorship, and William Hill will proudly be displayed on the backside of the players’ shorts during all of the team’s games.

In Spain’s La Liga 2, the sportsbook is already sponsoring Real Zaragoza, Extremadura UD, AD Alcorcon, Elche CF and Albacete Balompie, UD Las Palmas and UD Almeria. Las Palmas and Almeria were the last two to be added, joining the group this past June.

William Hill is looking to capture more market segments as it encounters a tougher climate back home in the U.K.. It hopes its presence in other European countries and its continued expansion across the U.S. will help offset some of the losses it has experienced, but it’s not going to be a journey without its challenges.

However, its move into Spain isn’t going to be problem-free, either. The country may be preparing to introduce legislation that would prevent virtually any type of advertising for bet-related activity, which could cause a slowdown in the money spent in the gambling industry. It’s too early to tell if this is a likely outcome, as the anti-gambling advertising legislation introduced in countries such as Italy has not had the intended result gambling opponents had hoped.

It isn’t clear if that ban will include gambling-related sponsorships, or if it will be more concentrated on commercial ads. If sponsorships are banned, it doesn’t necessarily have to be the end of William Hill’s presence in Spain. The company could always go the Paddy Power route and introduce its own “save our shirt” campaign. Paddy Power is sponsoring a number of teams, but isn’t putting its logo on the jerseys. At least five teams have signed up for the innovative solution, so there’s definitely potential.