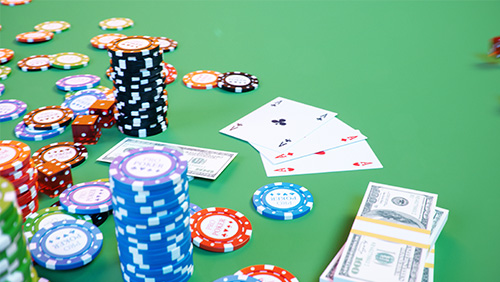 Wai Kin Yong is on course for an unprecedented second successive Triton Main Event title after making the final table of the £100k Short-Deck Main Event with the chip lead.

Each poker tournament is a personal Thermopylae. There is no vast legion of support — no buddy to help you along when you get knocked down. The rail is a hungry beast devouring poker players like stranded frames of flesh wandering in the desert.

Wai Kin Yong is a man who remembers his Thermopylae.

Two days ago, the 28-year-old from Malaysia won the £2.6m first prize in the £100,000 No-Limit Hold’em Main Event. If his shields hold for one more day, he will become the first person to win both the Long and Short-Deck versions of the Main Event in the same series.

The first person to cash was Yong’s father Richard, followed by luminaries such as the former One Drop winner, Elton Tsang, Triton Ambassadors Tom Dwan and Jason Koon, and the incredibly consistent Stephen Chidwick.

The final table bubble boy was David Benefield. Fresh off his victory in the £25,000 Short-Deck event, Benefield collected another £368,100 after Wai Kin Yong’s Ts9s secured a flush on the river when up against two red aces.

It’s a zany, crazy, final table sure to entertain those watching on the live stream.

$10m in live tournament earnings separate Bryn Kenney from Justin Bonomo at the top of the All-Time Money List, and Bonomo’s attempt to shorten the gap begins today. Bonomo begins second in chips.

It wouldn’t be a Triton final table without Paul Phua occupying one of the pews. The Triton co-founder is making his record 16th final table. It was Phua who lost heads-up to Yong in the No-Limit Hold’em Main Event. He will be keen not to have an instant replay.

Rounding off the list of stars battling for this title is Isaac Haxton. Like Phua, Haxton is a serial Triton ITM finisher, making money ten times without a win, and he begins with the shortest stack in the room.

The action begins at 1 pm, where we will play down t a winner.