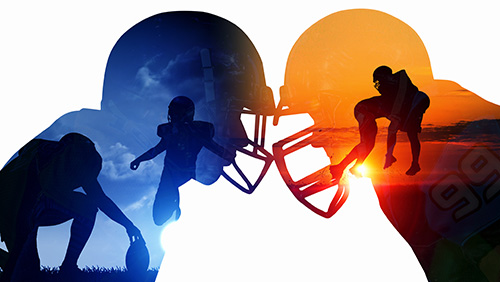 Washington, DC, the hub of all political activity in the U.S., had ramrodded sports gambling legislation in order to have the activity rolled out

as quickly as possible. In the process, it may have engaged in some questionable, and possibly illegal, shady deals, but that’s a subject for a different day. Despite attempts to get sportsbooks up and running fast, it appears that they won’t be ready to take bets for the start of the upcoming NFL season.

NFL preseason games are finally here and the regular season kicks off on September 5 when the Chicago Bears take on the Green Bay Packers at Soldier Field. According to the Washington Post, DC is still trying to piece together how it wants to regulate the activity and where sportsbooks will be allowed, and the launch will subsequently have to be delayed by a couple of weeks.

The executive director of the DC Lottery, Beth Bresnahan, explains, “I don’t know how long . . . that will throw off the launch. But it’s important to know that we want to ensure we are responding to comments and concerns.” I wonder if that includes the concerns surrounding Intralot, but I digress.

As a result of the delays, DC won’t be ready to start receiving sports gambling applications until sometime next month. It will then have to review the applications before issuing the initial provisional licenses, which will be distributed about 30-45 days later. Provisional licenses will reportedly be offered to sportsbooks teamed up with established sports gambling companies, such as FanDuel or DraftKings, and permanent licenses for non-partnered entities could take three to six months.

It’s a little surprising that DC, a jurisdiction that runs on efficiency and order, isn’t able to move quicker on sports gambling legislation. The nation’s capital approved sports gambling late last year and, eight months later, is still trying to put the puzzle together. However, at the same time, the state of Iowa has gone from concept to production in just a matter of months.

Iowa approved sports gambling legislation in May. Within two months, it had draft regulations to oversee the activity and was taking public input on the regulations. On July 30, the regulations were approved and several casinos were given licenses to launch their sportsbooks. Many of these are expected to start taking bets as soon as August 15.