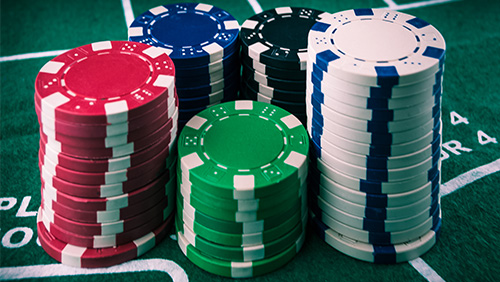 Linus Loeliger leads the final seven players in Event #1: £25,000 No-Limit Hold’em Turbo at Triton Million, and the seat draw for the Million is out.

A charm of hummingbirds has broken out in the guts of 54 people this morning. While most of us hold up ‘Stop-Works’ signs, make smoothies for the fit and healthy, or pretend to read tea leaves, 54 people will be contemplating playing in a £1m buy-in poker tournament.

The Triton Million: A Helping Hand For Charity begins at 1 pm, Thu August 1, and ends in a graveyard of broken dreams on Sat August 3. Unless something remarkable happens in the next four hours, we know the final prizepool is £56m – the largest prizepool ever recorded outside of the World Series of Poker (WSOP) Main Event. The tournament has amassed £2.7m for charity; the most substantial single amount ever raised for a poker tournament. The magical number of 56 is the most significant number of entrants for a seven-figure buy-in event. The winner will walk away with the largest-ever prize.

So, how would you prepare for such an event – would you get pampered in a Hammam? Maybe you would relax at home with the kids, watching Disney movies? Perhaps you would work out, meditate, breathe, go for a walk in the mountains?

Perhaps, you would enter the bedlam of a £25k No-Limit Hold’em Turbo event, and play poker until 3 am?

Timothy Adams, Cary Katz and Michael Soyza made the final table, but because of the intrusion of the Million, it will resume on August 4; after we hand out more than £15m to someone.

Seat draw for the Triton Million

Back to the Million, and a reminder that for the first six levels, the pros and the non-pros will complete in two separate sides of the draw, merging in Level 7.

Triton Million is unique because the invitation process placed focus on non-professionals, with each invited able to choose a pro to compete in the event. Due to this reason, the Tournament Director, Luca Vivaldi, will ensure that non-pro/pro partners will not face each other until the final table.

Vivaldi orchestrated the seat draw during the dinner break in the £25k, and at this time, I typically choose a ‘Table of Death”, breaking down the bones, but since every table is the same, what’s the point, right?