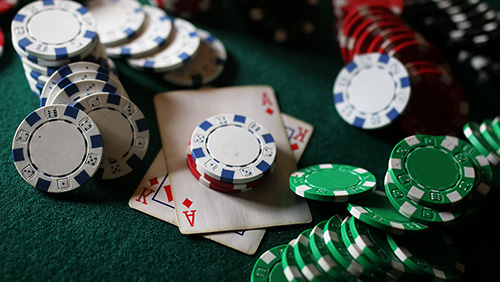 3: Barrels of a PokerStars vintage included two new games and an update from the Asian Pacific Poker Tour in Manila.

The impact that Short-Deck has had on the poker world is incredible, not only in the professional game but kitchen tables, pubs and clubs around the world.

The decision to remove the 2s, 3s, 4s, and 5s from the deck first happened in high stakes live cash games in Asia in a bid to flatten the edges that the pros had in games littered with non-pros. Today, the game is ubiquitous thanks to the Triton Poker Super High Roller Series.

PokerStars hopped on the bandwagon in January, naming their version of the game Six-Plus Hold’em. And as we fall into August, they have also become the first online operator to create a Short-Deck derivative of the Spin & Go lottery concept.

Six-Plus Hold’em Spin & Go Lottery tournaments are available on both the .com and .eu sites with buy-ins ranging from $1 to $100. As a reminder, these games are three-handed, winner takes all, freezeouts, with players in the dark on prize pool until the whistle blows. At that time, a player can win between 2x and 12,000x the buy-in.

In January, PokerStars offered Six-Plus Hold’em games during the Spring Championship of Online Poker (SCOOP), and the World Series of Poker (WSOP) hosted a $10,000 Short-Deck tournament in the summer.

From taking 16-cards out of the deck to increase the frequency of made hands falling underneath the whorls of players to a decrease in player seats to speed up the number of hands seen per-hour.

PokerStars is trialling five-max cash games in the segregated European market of France, Portugal, and Spain. The games chosen for the trial are No-Limit Hold’em and Pot-Limit Omaha games at 2NL and 5NL, and Fast-Fold Zoom games.

All other stakes remained as is.

From the online realm to the world of brick and mortar, and PokerStars is running the Asia Pacific Poker Tour (APPT) in Okada Manila, in Manila.

The ten event schedule has whizzed through the first nine events. The biggest winner so far is Benigno Jr Ledina who topped a field of 674-entrants to win the $81,805 first prize in the APPT Manila National. It’s only the second time that Ledina has cashed in a live tournament, with both happening at this series (he finished 87th in the Kick-Off event).