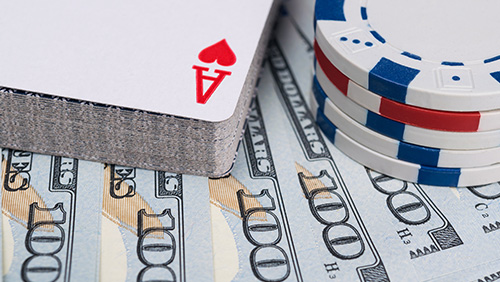 A series of news stories from the virtual rail including the end of the MicroMillions on PokerStars, Ole Schemion making a final table, and Patrick Leonard picking up another win.

It’s a been a busy bee of a weekend on the online poker front, and we begin with the end of PokerStars’ MicroMillions.

The garden gnomes have been left to gather moss. The caravan hasn’t left the drive. Shepherds allowed their flocks to run riot. For a fortnight, PokerStars players with a penchant for lower buy-ins locked themselves in the house and munched through 146-tournaments in the site’s premier low buy-in tournament series.

The $22 No-Limit Hold’em MicroMillions Main Event attracted a massive 58,126-entrants and doled out $1,162,520 in prize money throughout the two-day event. Once again the winner came from Brazil, after Lxxz, banked $100,058 for defeating Viktwria from Greece, in heads-up action.

Schemion is one of those annoying people who invade the online poker world with the same brilliance as the live world. Another wizard of that stature is Patrick “pads1161” Leonard, and this weekend the partypoker pro took down the $2,100 Sunday High Roller for $37,895. Leonard bested a 78-entrant field and a final table that included Steve O’Dwyer, Michael Addamo and Sami Kelopuro.

Finally, you can stick the date of the PokerStars World Championships of Online Poker (WCOOP) in your diary. The event runs from Sep 5-25, when the $5,200 WCOOP Main Event ends. Online qualifiers begin on August 19. Last time around, ‘wann2play’ defeated a field of 2,044-entrants, including Linus “LLinusLLove’ Loeliger (busted in third), to win the $1,352,967.97 first prize.

The $2,100 Powerfest HR event attracted 203-entrants, and “DasIstMirWurst” banked $82,898 including bounties after a long drawn out affair. partypoker ambassador, Roberto “R_Romanello” Romanello, had an excellent run finishing in fourth place for $20,519.​