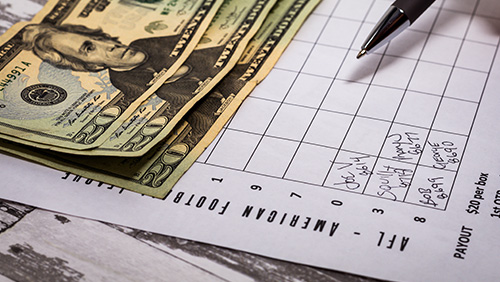 This year’s Wimbledon was exciting in more ways than one. Apart from Roger Federer being defeated by Novak Djokovic, bringing to an end the Swiss player’s dream of capturing a ninth Wimbledon title, Serena Williams lost in uncharacteristic fashion to Slovenia’s Simona Halep in straight sets. All the tennis action proved to be popular with gambles and sportsbooks are definitely

enjoying the spoils of the upsets. Playtech’s sports gambling arm, for example, has reported record turnover for wagers across all the Wimbledon tournaments.

Playtech BGT Sports (PBS) said at the end of last week that its self-service betting terminals (SSBT) proved to be vital to the retail sports gambling sector, as did its mobile-based gambling platform, which saw a 300% year-on-year increase. Across all of the company’s gambling operations, turnover increased 50% throughout Wimbledon and PBS reports a handle of over $11.1 million.

Using tennis jargon to drive his point home, PBS Senior Commercial Director Lee Drabwell indicated that the performance isn’t surprising. He added that “the exponential growth in popularity of our mobile-based betting was ace and knocked our forecasts out of the court.”

PBS came about in 2017 almost a year after Playtech purchased Best Gaming Technology for around $153.4 million. The sports gambling arm took Playtech’s technology and fused it with BGT’s to create a world leader in sports gambling and the company now manages tens of thousands of SSBTs for companies such as Paddy Power and Ladbrokes out of the U.K. and OPAP out of Greece.

Mobile wagers saw their incredible explosion thanks to the BetTracker app offered by PBS. The app gives gamblers the ability to place wagers at a retail facility and then track their progress using a smartphone or tablet. They can even receive their winning through the mobile devices without having to report back to a retail location to cash out the tickets.

Federer, in many published odds, had been the +300 second favorite to win this year, while Djokovic was the +150 favorite. He has now racked up five Wimbledon wins, including back-to-back victories in 2014 and 2015. Both of those finals were against Federer and the Serbian tennis pro has shown once again that Switzerland’s champ can’t keep up on the court.