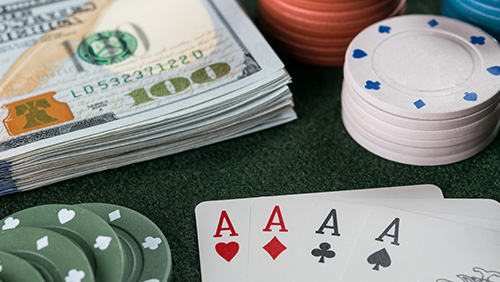 If the MicroGaming Poker Network Poker Tour (MPNPT) were on the stock exchange, shares would be rising after 649 entrants smashed the £200,000 Guarantee in the £480 buy-in Main Event in Aspers Casino. The MPNPT began in Aspers, five years ago, with only 83 entrants for company.

The final table contained two local lads who call Aspers their second home. Gary Miller won the 1,810-entrant WPT500 in Aspers last year for £114,000, and James Williams won the 888Live London Main Event at this venue last year for £121,000. Fortunately, for the rest of the table, the pair fired nothing but blanks finishing in seventh and eighth.

With the two Englishmen out of the way, there were still a few talented players left in the hunt for the £50,000 first prize. Nikolay Ponomarev is a former PokerStars Megastack winner who finished 175th in the WSOP Main Event last week. David Rudling is a previous Grosvenor United Kingdom Poker Tour (GUKPT) finalist. And John Magnusson won a 256-entrant €400 No-Limit Hold’em event at the Norwegian Championships for €12,260 earlier this year.

Valner eventually took the title after consolidating on his 2:1 chip advantage to win only his second-ever live tournament. The teacher qualifies for the MPNPT at the Battle of Malta as the longest-lasting online qualifier.

The £1,100 No-Limit Hold’em High Roller went to Richard Kellet. The multiple GUKPT finalist defeated a field of 69 entrants to win the £21,300 first prize. Gary Miller followed up his seventh place finish in the Main Event with a third place finish in this one.

Switching to North America, and Austin Peck won the $1,100 Heartland Poker Tour (HPT) Main Event in Black Hawk. Peck defeated a field of 732 entrants to win the $152,671 first prize. Peck is a former World Series of Poker Circuit (WSOPC) gold ring winner. Adedapo Ajayi followed up his 39th place finish in the WSOP Main Event with a sixth in this one, and the man who won this event in February, Nick Pupillo, finished seventh.

At the Florida State Championships, the man who finished runner-up to Sam Greenwood at the 2017 partypoker Caribbean Poker Party Main Event for $650,000, Andrey Shatilov, topped a teeny-tiny 26-entrant field in the $5,000 No-Limit Hold’em High Roller for $55,575. Shatilov beat the highly experienced Richard Kirsch, heads-up for the title, for the third tournament win of his career. The $1,500 buy-in, $300k GTD Main Event begins Friday 26 July.