Completion of Libertine hotel at CoD in Cotai delayed 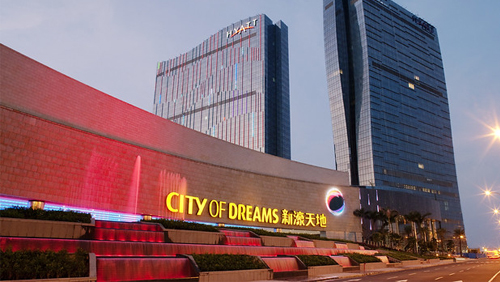 A project that would convert the former Hard Rock hotel tower at City of Dreams (CoD) Macau to the new Libertine Hotel has been delayed. The Melco Resorts and Entertainment-owned casino property is pushing back the conversion to 2021 as the company works to make more changes to its design and its features. Once the project gets underway, it will take about a year for the work to be complete.

The former Hard Rock hotel tower had been renamed Countdown in preparation of the upgrades, which were initially planned to begin this year in hopes of having the new facility up and running the 2021 Chinese New Year. Melco also decided to upgrade the property’s Nüwa hotel tower, which has now taken priority over Libertine.

Speaking at a company event yesterday, Melco Chairman and CEO Lawrence Ho said, “I think in 2020, we will actually renovate Nüwa first. Then in 2021, we will do the Countdown [redevelopment] project. Because we don’t want to have too many hotel rooms to go offline at the same time.”

Countdown currently has around 300 rooms, but Libertine will have less. When the renovations are complete, the room count will be lowered in order to make the accommodations larger. Ho explained, “We’re still working with our designers… we want these rooms to be more spacious, more beautiful. We always weigh quality over quantity.”

He added, “[At] Countdown — which is to become Libertine in future — we want to make something trendy, and… different. Nüwa is our nouveau-styled, Chinese-themed property. While Morpheus is our most beautiful and contemporary flagship, Libertine is more outrageous.”

The delay has nothing to do with the company’s financial health. Ho has said that the company is enjoying “record numbers” at COD Macau, as well as its Studio City project, and more growth is coming. He asserted, “I think actually, the first half [of this year] was more difficult than the second half [will be]. At Melco Resorts — where 90 percent of our profit comes from mass, non-VIP business — if anything, we’ll see the second half of this year to be even easier when compared with the same period last year.”