The Seneca Nation community of Native Indians is moving forward with plans to launch sportsbooks at its three casino properties in New York. The state’s four tribes all have the green light to launch sports gambling activity, and the Seneca people had been the lone holdout as tribes look to capitalize on the sports gambling craze. The tribe’s announcement comes at a contentious time for the group, as it has been accused of being in violation of its gaming compact with the state. 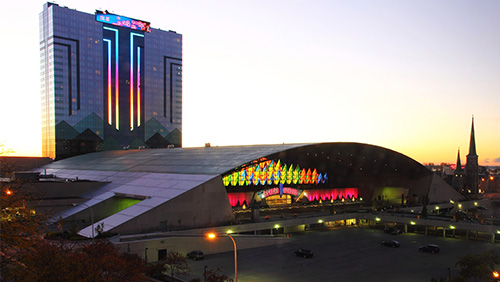 The fight between the tribe and New York State began 17 years ago. At that time, Seneca Nation and New York agreed to a gambling compact that would give the tribe gaming exclusivity in a large swath of western land. In return, the Seneca would give the state 25% of the revenue it made on its slot machine operations. Three years ago, the tribe suddenly stopped making those payments.

The tribe argued that, since the compact didn’t specifically state that the payments would continue, any attempt by New York to make changes to the compact were unlawful — only the Department of the Interior could approve such changes. However, the federal entity has so far refused to get involved.

An arbitrator disagreed with the tribe’s arguments. This past January, the Seneca Nation was ordered to make good on the compact, but the leaders cried foul and sought relief through the courts. The tribe now has an outstanding debt of over $255 million, and the number increases each day a resolution isn’t found.

The Seneca community is standing by its position on the compact. When it announced the launch of the new sportsbook last Friday, it said in the statement, “Our right to offer this now-approved offering is clearly outlined in our compact. As we continue to work through the process of finalizing our plans, our discussions with New York State officials to date have been cooperative.” The tribe added that it was ready to make “this amenity available for our patrons in Niagara Falls, Buffalo, and Salamanca.”