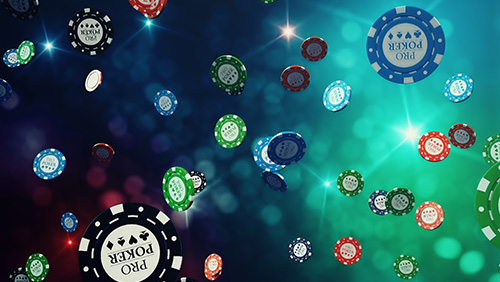 It’s all kicking off in London.

The price of a detached house has dropped by £50,000, 50 water fountains have been installed throughout the capital to reduce the amount of plastic, and Poker Central are bringing their unique high-class style of poker to town.

For the first time, in the poker broadcasting giant’s history, they are coming to the U.K., in a trifecta of a deal that includes Aspers Casino and partypoker LIVE.

September is the month.

From the 2nd through to the 12th, high stakes pros throughout the globe will compete in the first-ever British Poker Open—10 events ranging from £10,000 – £100,000, with the rules and regulations the same as the U.S. Poker Open.

The current U.S. Poker Open Champion is David Peters, who beat Sean Winter and Stephen Chidwick by a mere 10 points after winning the $100,000 No-Limit Hold’em Main Event to close out the series.

Between September 13th – 15th, the stakes are raised even higher as high stakes players raid their piggy banks to the tune of £250,000. The organisers are capping the first-ever Super High Roller Bowl (SHRB) London at 49 players, with 30 open seats and 19 VIPs chosen by Aspers Casino and Poker Central. Players can reserve their seats with a deposit of £25,000. Poker Central will hold a draw leading up to the event to determine the final lineup.

It’s not the first time the SHRB brand has left North America. In 2018, Justin Bonomo won the inaugural SHRB China, banking the $4,823,077 first prize after conquering a field of 75 entrants. Bonomo is also the reigning SHRB Vegas champion after beating 48 entrants a few months after his win in Macau.

“After our expansion of the Super High Roller Bowl into Asia two years ago, we were able to see how international audiences responded positively, and the event’s prestige grew,” said Sam Simmons, president of Poker Central. “Bringing the Super High Roller Bowl and first British Poker Open to London is another milestone in our mission to highlight more players, venues, and destinations from around the world through live tournament streaming on PokerGO.”

PokerGO will stream both events live.

Both events take place at Aspers Casino in Stratford. John Scanlon, head of Poker Product for the gaff, said that his team were proud to bring both events to their casino at a time when they are launching a new edition of these types of events in Europe.

partypoker LIVE will be the headline sponsor for both events; interesting when you consider that Aspers is (or maybe was) the official home of 888Poker.

It’s the second major deal between Poker Central and partypoker in the past week. John Duthie confirmed Poker Central as the new broadcast partner for the MILLIONS tournament series and the inclusion of an SHRB Bahamas during MILLIONS World in November.

partypoker is also the official sponsor of Triton Million London, the world-record breaking £1m buy-in event that takes place at the end of the month, and has so far confirmed 30-players.

As I said, it’s all kicking off in London.​