The National Indian Gaming Association (NIGA) has called out President Donald Trump for racial bias. The public bashing of the President of the United States (POTUS) comes following several tweets Trump sent out to the world last week that have already been condemned by Trump deniers as being discriminatory against women and certain ethnic groups. 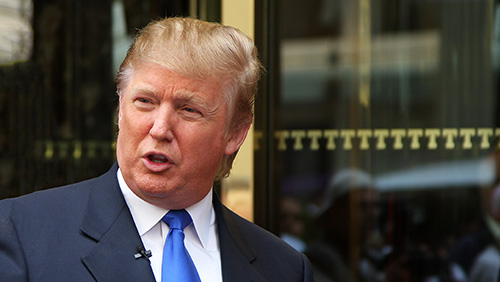 Trump took to his favorite social media sounding board last week to call out the actions of four female Congressional members—Representatives Alexandria Ocasio-Cortez of New York, Ilhan Omar of Minnesota, Ayanna Pressley of Massachusetts and Rashida Tlaib of Michigan. The POTUS started his rant by tweeting, “So interesting to see ‘Progressive’ Democrat Congresswomen, who originally came from countries whose governments are a complete and total catastrophe, the worst, most corrupt and inept anywhere in the world (if they even have a functioning government at all), now loudly and viciously telling the people of the United States, the greatest and most powerful Nation on earth, how our government is to be run.”

He then added, “Why don’t they go back and help fix the totally broken and crime infested places from which they came.”

Trump must not have realized that, out of the four, three were born in the Unites States. Only Omar was born outside of the country—she came to the U.S. as a child with her family who was escaping Somalia.

The tweets have already caused a major uproar and the NIGA, which represents native tribes in North America and their casino operations, weighed in, as well. It released a statement condemning the remarks, with its chairman, Ernie Stevens, Jr., saying, “Urging certain groups to return to their countries of origin conjures up the dark images of this Nation’s past injustices and intolerance. United States of America is better than our past.”

There has already been some tension between Trump and Indian tribes in the U.S., and his latest remarks won’t help to diffuse the situation. A bill that sought to provide land to the Mashpee Wampanoag tribe in Massachusetts hasn’t found much love by the POTUS, who tweeted this past May, “Republicans shouldn’t vote for [HR] 312, a special interest casino bill backed by [Senator] Elizabeth (Pocahontas) Warren. It is unfair and doesn’t treat Native Americans equally!”

Given the fact that many tribes across the country have had land returned to them, it’s not clear how the bill would be unfair to the entire ethnic group. The reference to Warren as Pocahontas was also not received well by the native tribes, and the friction between the NIGA and the White House Administration is probably only going to get hotter.