Anuj Agarwal and Carl Shaw overcome World Series Poker Main Event defeats by taking down bracelets in two of the final events of the summer, enabling them to buy a small helicopter if they want to. 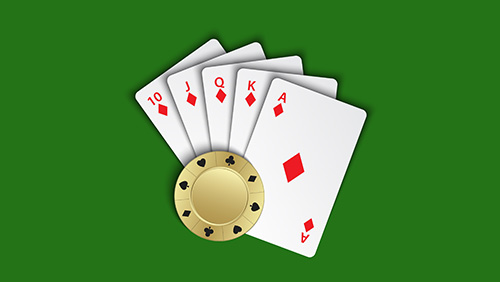 Hardened professionals find it challenging to remain compos mentis after running deep in the World Series of Poker (WSOP) Main Event, only to hit the rail, hard, without the bracelet in your mitts. The emotional investment, the tumble dryer effect of suffering and joy, and the realisation that it’s all over, for another year, is as tough as gold teeth.

The WSOP officials’ decision to stop using the Main Event as a bookend, cushions the blow, somewhat, and this week, Anuj Agarwal took full advantage.

Agarwal finished 123rd in the Main Event, earning $59,295, and while a Muggle may say, “That means 122 people finished ahead of you, how’s that a success,” you know that’s a darn good run.

“I had a little bit of a sour taste in my mouth from the Main,” Agarwal told PokerNews after his win. “I made a small mistake, but overall, I felt like I played well for the six days, and I wanted to continue as I could feel objectively I was making good decisions.”

The Californian did ‘continue,’ hopping into Event #86: $10,000 No-Limit Hold’em 6-Handed Championship, one of the toughest competitions of the summer, and he took down the $630,747 first prize after beating 272 players.

It’s a glorious thing to win a WSOP bracelet, magnified, like bright yellow nail polish, when your buddy also makes the final table, as Gal Yifrach did, finishing third.

“When I had the chance to knock him out with tens against queens I took it,” said Agarwal. “Of course, we are rooting for each other as friends but if you try to incorporate that dynamic into your game, it’s going to mess with your mind and regret it, we both know it’s a gamble, and I bluffed him twice, so I’m glad we didn’t let it affect us. As a professional, when you are at the table, you have to focus on yourself.”

One man who knows how it feels to be the rose between two thorns is Kahle Burns. The Australian once made it to three-handed play with lovebirds Alex Foxen and Kristen Bicknell; a situation that led to certain factions criticising the pair for soft-play.

Burns finished third in that tussle with the Global Poker Index (GPI) #1 pairing but managed to squeeze between Agarwal and Yifrach, making it to the heads-up phase before succumbing to the eventual winner. The $389,832 that Burns collected for his runner-up finish was his best live tournament result of the year.

Burns is known to compete in the biggest games in the world, and so is Ben Heath. The winner of the $50,000 No-Limit Hold’em at the start of the series, finished sixth in this one.

Shaw became the fourth player from the U.K. to win a bracelet in this summer’s festival, after Stephen Chidwick, Luke Schwartz, and Ben Heath. Like Agarwal, Shaw entered the event after running deep in the Main Event, finishing 101st for $59,295—the most significant score of his career before this one.

“I was a little bit disappointed to be honest, obviously as everyone would be busting that deep in the Main,” Shaw told PokerNews after his win. “It made me more hungry, to be honest. More hungry to be out here, winning more tournaments. I’m going to be back for more bracelets.”

Shaw’s heads-up opponent, Dunst, won a bracelet in 2016, but this one would have hurt. It’s the third crushing blow of his career, after finishing runner-up to Ari Engel in the 2016 Aussie Millions Main Event, and landing in the same spot against Ole Schemion in the WPT Tournament of Champions earlier in the summer.

Three other players who need new tyres after this one are David Baker (10th), Anatoly Filatov (11th) and Jonathan Little (13th). ​