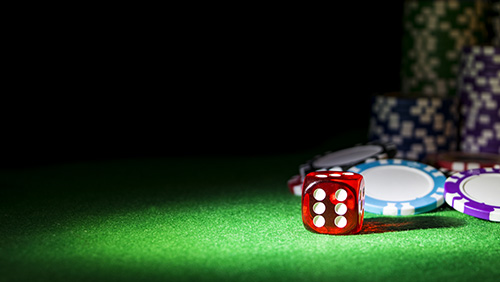 Unibet Poker is on course to deal its billionth hand more than two years ahead of schedule.

The Roman Empire created the ‘milestone.’ Made from whatever stone or stone-like material that was in the vicinity, road builders used them, initially, to record the name of the reigning emperor.

There are plenty of milestones in Malta. The Brits were responsible for created them when Malta belonged to the British Empire, and this is where I try to merge two completely unrelated things into a cohesive unit because my word count is as low as a chef’s sperm count.

Unibet Poker is about to reach a significant milestone—one billion hands, and Unibet’s Chief Emperor Ambassador (he won an award, don’t you know), Dave Lappin, who lives in Malta, and has likely leap-frogged or pissed against, a milestone or two in his life, is slightly chuffed about the whole thing.

“It’s so heartening to see that five-years after the launch of the client, players like what we are doing and are voting with their chips,” Lappin wrote via WhatsApp during his raid on World Series of Poker gold. “The user interface is excellent, the games are soft, and the rewards structure is generous, particularly if you’re willing to grind hard for the bigger ones.

“Reaching a billion hand milestone on Unibet Poker is, of course, something special but maybe more important is the trend of continuous growth. The team continue to innovate, and I’m very optimistic that this is only the beginning.”

Unibet Poker left the Microgaming Poker Network (MPN) in 2014 to work with the Estonian based supplier Relax Gaming on a standalone poker network. The results have been antibiotic-like, with the Unibet brand blooming.

Initial estimates from the Unibet team pitched the one billion hand mark around September 2021. To hit it in July (as is likely), must feel as pleasant as a cage-free chicken with all the seeds in the world, and a cock that plays with the chicks, washes the dishes and holds intimacy and closeness as truer values than straight up sex.

It took Unibet Poker the time it takes to move from the excitement of knowing you’re pregnant to the point of horror when you realised you have to squeeze a melon out of a hole used to nothing more than six inches to deal their 100th millionth hand.

The winner of the billionth hand receives €1,000 regardless of stakes, but you have to be playing cash at either a Hold’em, Omaha or Banzai table to qualify.

Unibet will also put on a €10,000 freeroll, two days after dealing the billionth hand with the sole qualification criteria being that the player has seen ten flops in cash games on the day the billionth hand falls out of the deck.

Speaking to PokerNews about the big deal, Kristoffer Bergvall, Head of Unibet Poker, said: “We are very proud of what we have achieved at Unibet Poker and excited that we are about to deal the billionth hand. This is an incredible milestone in just five years, and we look forward to rewarding a huge number of players on the day, especially the player who wins the hand. We can’t predict the exact moment the hand will be dealt but it’s obviously in player interests to be playing on the site over the next few weeks!”

Unibet has done many things to grow its recreational player base including banning third-party software; automatically seating players at cash game tables, enabling players to change their alias three times daily to protect themselves from the potential predatory behaviour of other players, and appointed the award-winning, Dave Lappin as Chief Emperor Ambassador. ​

Is Jungleman leaving poker behind?
Paul Seaton
4 hours Ago