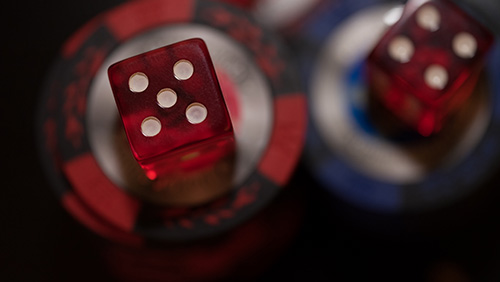 Stephen Chidwick has stopped Alex Foxen’s record run at the top of the Global Poker Index (GPI) 37 weeks after Foxen stopped Chidwick from doing the same.

It’s not often that these two worlds align, but a fortnight ago, the man who a poll of high rollers said is the best live tournament player in the world, returned to the summit of the Global Poker Index (GPI).

Chidwick has cashed ten times in 2019, winning three events, and two seven-figure scores. His first two wins came in his defence of the U.S. Poker Open, winning the 90-entrant $10,000 No-Limit Hold’em event for $216,000, and the 39-entrant $25,000 Pot-Limit Omaha (PLO) event for $351,000. A second $25,000 PLO title ended up in Chidwick’s lap, including his first-ever World Series of Poker (WSOP) bracelet, when he conquered a 278-entrant field to win the $1.6m first prize. Chidwick’s other seven-figure score came in March when he finished second to Jason Koon in the HK 1m Triton Refresh at the Triton Poker Super High Roller Series, Jeju.

And all of this while simultaneously becoming a father for the first time.

Chidwick’s move back into the top spot is no mean feat given Foxen’s incredible run of form. The American earned a career-high $6,632,556 in 2018, and like Chidwick, has also followed that up with his second-best annual performance of $3.1m.

Foxen has cashed 20 times in 2019, making an incredible 11 final tables, without landing a title (he has lost heads-up in four significant buy-in events). With Chidwick taking some paternity leave, Foxen has gotten his head down, but it hasn’t been enough to hang on to the #1 spot.

Nineteen people have held the #1 spot in the GPI.