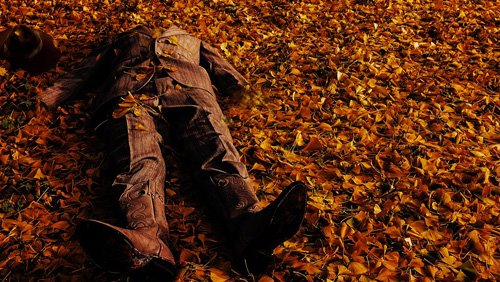 In June, Jeffery Glen Haverty pleaded guilty to beheading a man he met in a Montana casino in October 2017 after they left the casino with a third individual, Donald Ray Cherry. At first glance, the murder could have been viewed as just a robbery gone too far—Myron Wesley Knight had just won a little extra spending money at the casino. However, now that Haverty and Cherry have had their day in court, it appears that there was something more sinister afoot. 32-year-old Cherry is a zombie fan who apparently wanted to eat human brains.

On October 26, 2017, Haverty and Cherry were staying at a transient camp near Montana Lil’s Casino in Billings. Knight reportedly already knew the two and allegedly wanted to see where they were living, according to the accounts of the only two who can still talk about the night’s activities. However, Knight had won $120 at the casino and many believe the visit to the camp was a ruse to separate the gambler from his winnings.

Knight was cautious, though, and gave his money to a casino worker before leaving. Once at the camp, Cherry took off to a local convenience store, leaving Haverty and Knight alone. Haverty went after the money, but didn’t find it and beheaded Knight with his hatchet. All that Knight had on him at the time was $6 in pocket change. When Cherry returned, with Haverty allegedly still hacking away, he helped his friend finish the job and dispose of the body.

Haverty copped a plea deal with prosecutors in order to get a reduced sentenced. He now alleged that Cherry was the instigator of the crime and that he chopped off Knight’s head because he had cannibalistic fantasies and wanted to eat someone’s brains. This assertion was backed up by Cherry’s girlfriend, who was also brought up on charges related to the murder.

Both Haverty and Cherry are preparing to stand trial for their crimes. Based on the testimony of Haverty and Cherry’s girlfriend, Cherry is looking at up to 100 years behind bars. Haverty could get up to 50 years.