At the end of April, the National Indian Gaming Commission (NIGC) announced that its chairman, Jonodev Osceola Chaudhuri, was leaving in order to become an ambassador for the Muscogee (Creek) Nation and to serve as the chair of the Indian Law and Policy Group at Washington, D.C.-based law firm Guarles & Brady. The individual chosen to lead the group is appointed by the sitting president, in this case Donald Trump, and confirmed by the U.S. Senate. Trump has now announced his selection for the new chairman, an individual described as a “fierce” advocate for native tribes in the country. 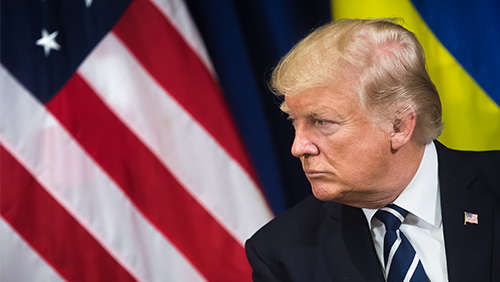 E. Sequoyah Simermeyer, a member of the Coharie tribe, was recommended by Trump last week. He has been an associate commissioner for the NIGC for about the past four years and has extensive experience behind him. Simermeyer was nominated early in his career to be the counselor and deputy of chief of staff to the Assistant Secretary for Indian Affairs and has also served as counsel for the Senate Committee on Indian Affairs.

David Bernhardt, the U.S. Interior Secretary, puts his weight behind Trump’s pick. He said in a statement that Simermeyer “is the ideal candidate… I urge Congress to confirm him quickly.” The NIGC is part of the Department of the Interior.

The NIGC manages a number of tribal, and sometimes non-tribal, issues. The chair of the commission has the authority to issue fines, such as the one this past April against the St. Croix Chippewa Indians in Wisconsin, as well as approve gaming regulations. It currently guides 512 tribal gaming venues in 29 states across the U.S. and has 114 employees working in seven regional offices. Its operating budget comes from tribal gaming operations and, in the most recent fiscal year, was around $25 million.

Chaudhuri left, and Simermeyer could be entering, at a difficult time for the NIGC. The dissolution of the Professional and Amateur Sports Protection Act of 1992 (PASPA) by the Supreme Court last year has started a wave of legalized sports gambling across the country. Tribes in many states have maintained virtually complete control over those states’ gambling operations, and this could be—and already is—challenged in the courts by states and commercial casino operators.