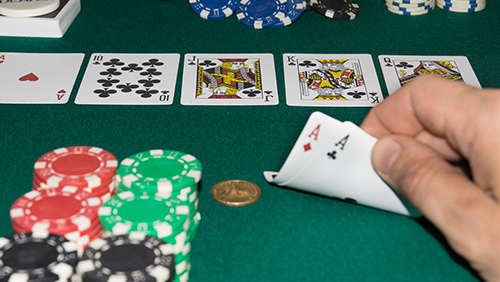 888Poker will become the third major online poker room to set up camp in Casino Sochi when they take the 888Live experience to the Black Sea in August.

Cultivation Theory is the name given to the theory that the more time people spend in the ‘TV world,’ the likelier they are to believe that world is more realistic than the one outside the front door.

For example, watching six seasons of Joe Weisberg’s ‘The Americans,’ an FX TV Series about two KGB officers who start a family in America to work deep undercover during the Cold War, has you believing that a trip to Russia is as appealing as a visit to a surgeon specialising in helmet removal (and I’m not talking about the one bikers wear on their heads).

Fortunately, organisers of poker tours don’t watch such nonsense, as 888Poker announce they are to become the third online giant to organise a live event in Casino Sochi on the edge of the Black Sea.

888Live hits that port of call between the 8th and 15th of August, with $1m GTD in prize money on tap. As with previous visits from PokerStars and partypoker you can expect the field to be partisan Russian with visa complications putting off those who prefer the electric fire to ones made from logs and matches.

What you won’t find on the schedule is a ladies event giving me the impression that the Casino Sochi is not a venue that sees many high heels in the footfall as Ladies Events have become a mainstay in 888Live events.

888LIVE also has events planned in Vienna (October) and London (November), with the sponsorship of The Battle of Malta (October) on the 2019 schedule.

In January, the Casino Sochi welcomed the World Poker Tour (WPT) to town with Vadzim Hodzanker beating a field of 306-entrants to win the $92,414 first prize, and in March Uri Gilboa won the 563-entrant field in the European Poker Tour (EPT) Sochi Main Event for $424,997.