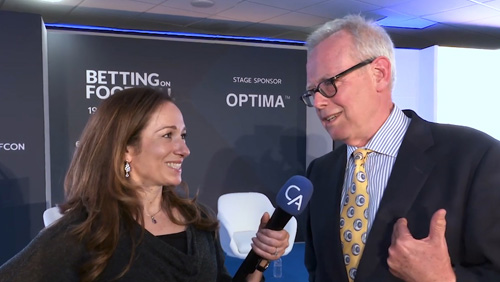 The U.K. has one of the most respected gambling regulatory bodies in the world, and it maintains it by keeping a strict account of what operators are doing. When an operator’s compliance comes into question, they can call David Clifton, co-founder of Clifton Davies Consultancy LTD, who joined CalvinAyre.com’s Becky Liggero to discuss how to navigate the space and what’s coming next for the U.K.

It’s not impossible to manage compliance without consultancy. But if the situation looks like it’s turning south, it might be a good idea to get some help. “I’ve seen situations where without proper advice being given, the situation only gets worse, and so what is a hole to begin with becomes a much deep hole to try and dig out of,” Clifton noted.

When the U.K. Gambling Commission (UKGC) starts investigating an operator, it’s not too late to bring on extra help if no wrong has been done and the situation can be saved. Take professional advice is the starting point, because if you get into that stage where the commission are investigating you, and there’s been no outright negligence or recklessness, systemic errors, failing that aren’t corrected, that sort of thing, that’s really what’s going to land people in problems,” he explained. “The starting point is take proper advice.”

For those that have already committed actions that run against regulation, the public is safe in knowing that no level of advice will save them from being exposed. “What one has to remember in these situations that, if that’s what you do, and there’s a report produced at the end of it that does show that there are serious failings, then that is something which of itself would need to be produced to the regulator anyway,” he noted. “It’s really staying on top of what needs to be done, and there’s so much that the gambling commission issue themselves, they issued an enforcement report in June, last year, and that tells operators what to do. They can save money, they don’t need to come to me, because it says in that report what it is, the best practice guidelines that they need to be following.”

With Brexit being the biggest story in the U.K. in recent years, Liggero asked Clifton if it will make any difference to the UKGC’s approach to regulating. He replied succinctly, “No.”

With that big political showdown not making much of a difference, Liggero asked what the future seems to hold for U.K. regulations. “The messages that have been coming from the commission for the last three or four years have been consistently about raising standards, and warnings that fines are going to be increasing until standards are reached that they want to be achieved,” Clifton said. “I really do hope that it will get to the stage that, with the industry waking up now to what the regulatory situation is out there, that a corner has been turned. I think people realize that they have to regain the trust of the public.”

To conclude, he explained that the UKGC isn’t looking to regulate without a purpose. It only does so because it feels it needs to. “What the commission are required to do, as any other regulator if they follow those principles, is not stand in the way of economic development of a business unless there’s effectively very good reason for them to go in there and intervene,” Clifton told Liggero.