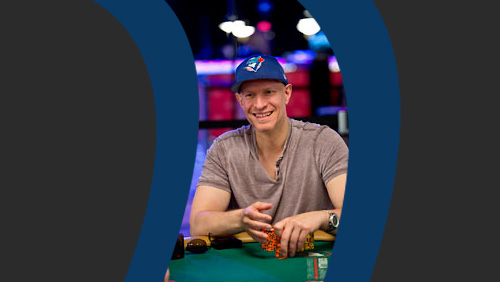 A news clip from the 50th Anniversary World Series of Poker containing news of a veteran locking up a third bracelet win, and two newbies experiencing the joy for the first time.

With so many players flooding the World Series of Poker (WSOP) from the mainland it was a pleasant surprise for globalists to see five different nationalities in Event #29: $10,000 H.O.R.S.E Championship, and yet despite the diversity, the bracelet remained on the continent.

Greg Mueller earned his third bracelet, and his first in a decade, after taking down the 172-entrant event. The organisers divided the $1,616,800 prize pool between 26-players and the Canadian banked $425,347 of it.

It’s only Mueller’s fourth live tournament win of his career, and both of his previous bracelets came in 2009 Limit Hold’em events: $1,500 Limit Hold’em Shootout, and the $10,000 Limit Hold’em Championship. He did finish third in the $5,000 version of this event back in 2013.

On his way to the title, Mueller had to defeat last year’s $1,500 No-Limit 2-7 Lowball Draw champion, Daniel Ospina, this year’s $1,500 Dealer’s Choice winner, Scott Clements, and the brilliant Dario Sammartino (making his ninth WSOP final table without a win).

Thomas Cazayous defeated 754-entrants to take down Event #31: $3,000 No-Limit Hold’em Six-Handed. The Frenchman, who is predominantly an online cash game player, told PokerNews that he felt “very, very confident,” at the final table despite his lack of experience – a bold claim considering the former bracelet winners Upeshka De Silva and Angel Guillen made the cut.

Cazayou is not one for words.

“I think in a perfect world for me, I’d prefer to have no noise,” Cazayous told PokerNews. “Zero songs, zero words.”

If he keeps winning tournaments of this magnitude, he’s going to have to burst his eardrums.

Three dangerous dogs who dreamt of going deep, and did, in this one were the bracelet winner, Kyle Cartwright (7th), online star Jonathan “proudflop” Proudfoot (10th), and bracelet winner, Sandeep Pulusani (14th).

Luis Zedan is one of a vast number of people who found poker thanks to Chris Moneymaker’s 2009 run, but only a few of them have clapped flip-flops on their way to a WSOP bracelet win.

Zedan dealt with the 1,526-entrant field like a bunsen burner taking care of battle-hardened green toy soldiers. It was his first live tournament victory, and two of the more capable foes that stood in his way were the brilliant Brit, Sam Razavi, and the former California State Poker Champion, Ryan Goindoo.

Three other stars who went so deep they became as spaced out as the front row of a Bob Marley gig included the classy German, Anton Morgenstern (14th), the former Hendon Mobster, Joe Beevers (46th), and the Charity Series of Poker founder, Matt Stout (65th).