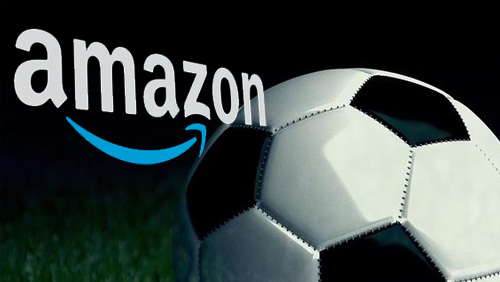 The English Premier League hits the livestream platform after Amazon wins the rights to 20-matches per season for the next three seasons, and plans for a European Super League get the thumbs down in Germany and England.

The biomodification of humanity continues at Rampant Rabbit pace as Jeff Bezos swings a butcher’s hook down the middle of Sky and BTSports dominance of The English Premier League (EPL) broadcasting duopoly.

Amazon – the online retail outlet that continually has me reaching for the Vicks wishing the inhaler contained something stronger after seeing the long list of crap my wife has bought – has paid an undisclosed sum, rumoured to be in the region of £90m, to show 20 live EPL matches per season for the next three seasons as well as a weekly highlight package.

The company that made Bezos the wealthiest man in the world bought one of the final two packages (BTSports took the other), meaning the EPL hits the Internet via livestreaming in a move that’s surely going to change the way consumers eat into primetime football footage in the future.

Amazon will showcase the 20-games (all ten Boxing Day matches, and an entire round of 10 midweek games) across it’s Prime network where people pay £7.99 per month or £79 per year, and miraculously, the prize will not rise as a result of the deal.

BTSport’s success in bidding for the second tranche of 20-available matches sees them move up to 52 live games per season at the cost of £975m over the next three years. Sky have paid £3.75bn to show 128 games.

The move is a positive one for the consumer with prices hopefully coming down as more livestream outfits engage in bidding wars subject to Amazon seeing an increase on their 100m Prime subscribers, but it will irk non Amazon customers as they now have the monopoly on Boxing Day coverage, one of the most exciting days in the EPL calendar.

Amazon Prime moved into the live sporting markets in April when they acquired broadcasting rights for UK customers keen on watching the US Open tennis tournament for around $40m. They also have a deal with Eurosport to show coverage of the Australian and French Opens leaving them a Wimbledon shy of a full court. They also outbid Sky when they paid £50m for the UK rights to show the ATP World Tour.

Here are the EPL odds for next season.

Executives from the EPL and Germany’s Bundesliga have put the kibosh on the European Club Association’s (ECA) plans to expand the UEFA Champions League to create an even bigger “Super League”, according to Reinhard Ruball.

The President of Borussia Dortmund, and Vice-President of the German Football Association, told the press during the FIFA Congress in Paris that the ECA’s proposals could ‘destroy’ national leagues, insisting that people in football must remember that those leagues are the most important.

Ruball also claimed that David Gill, the English Football Associations (FA) representative on the UEFA Executive Committee feels the same way. Ruball did say that there needs to be reform once the current format of the Champions League comes up for possible change in 2024, but with the caveat – we are traditionalists.