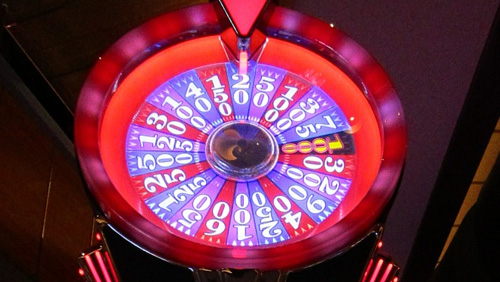 If there were any chance that the Mashpee Wampanoag tribe in Massachusetts was going to be able to continue its plans to build a casino in the state, those odds have just been reduced even more. The tribe has been wrapped up in controversy over its federal status as a native

Indian tribe and recently received a little boost through a bill that was drafted to clear the air on that status. However, it now appears that a serious amount of money has gone missing from its gaming fund, which is going to through a monkey wrench into the legal machine.

As the saga has continued to unfold, power struggles have surfaced within the tribe and the Mashpee lost one of its biggest backers, the Genting Group out of Malaysia. Internally, a small group of tribal members has been actively campaigning to have Tribal Council Chairman Ceric Cromwell, Treasurer Gordon Harris and Cromwell ally Jessie removed from power. Genting’s exit left the Mashpee $500 million in debt.

The campaign for the removal of the executives stems from what is being viewed as a mismanagement of the tribe that has left it with no revenue streams, other than federal assistance. The opposition also asserts that the leaders have not been transparent in their actions and that, now, $250 million has suddenly gone missing from the Mashpee Wampanoag Tribe Gaming Authority.

The faction looking to oust the leaders has been robocalling everyone they can in order to try and drum up support for their activity. The robocall tells listeners, “To date, we as tribal members do not know how this money is spent. Only Chairman Cromwell and Treasurer Gordon Harris have knowledge and access to how our $250 million has been spent. We are solely relying on federal grant dollars … this means our tribal elders, youth and at-risk members are suffering while (Tribal Council) continues to use grant funding for their salaries.”

Things began to really fall apart for the tribe last September when the Department of the Interior decided that it couldn’t hold land in trust for the tribe. The decision followed a previous one made when Barack Obama was serving as President of the US (POTUS) and was made while the current POTUS, Donald Trump, opposes the measure. Trump has spoken out against the bill to reinstate the trust, tweeting, “Republicans shouldn’t vote for [HR] 312, a special interest casino bill backed by Elizabeth (Pocahontas) Warren. It is unfair and doesn’t treat Native Americans equally!”