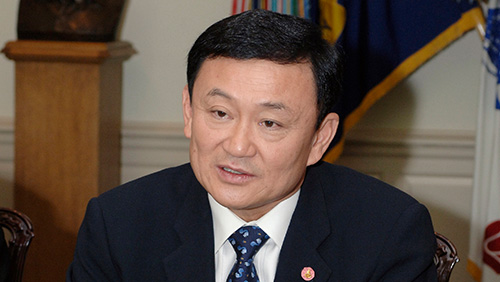 Last month, a former Prime Minister (PM) of Thailand, Thaksin Shinawatra, was sentenced to three years in prison for using his position for economic gain. When active as the PM ten years ago, he ordered the country’s Export-Import Bank to give a loan to a satellite communications company that was controlled by him and his family, and a separate case has now seen two more years tacked on. Shinawatra apparently believed he was above the law.

Thailand’s Supreme Court, through its Criminal Division for Holders of Political Positions, asserts that the former politician ran a lottery scheme from 2003 on that was similar to other games typically associated with illegal bookmakers. He was found guilty of launching two- and three-digit lottery games and his goal was “to steer some of the money that went to it to government coffers instead,” according to comments by the Associated Press.

Gambling is illegal in Thailand in almost all forms. The country operates a state-run lottery and there is parimutel horseracing, but everything else is prohibited per the country’s Gambling Act of 1935. Of course, this doesn’t prevent illegal gambling operations, which still run rampant and allegedly collect billions of dollars each year.

Shinawatra was a billionaire before his political aspirations surfaced. He had been heavily involved in the telecommunications and IT industries and used his money to create Thailand’s Rak Thai Party before rising to lead the country. He was elected PM in 2001 in an easy win and then reelected four years later.

A questionable move then saw the tables turns on the politician. He decided to sale $1 billion in shares in his company to foreign investors without charging them taxes, and criticism against him began to mount. In 2006, a military coup forced him out of office and saw the political party he founded dissolved and banned.

Shinawatra should have seen it coming. While wielding the power stick, he had taken powers away from virtually everyone – royalists, industrialists and even the military saw their authority reduced in favor of the PM gaining more control. That, coupled with his treatment of the country like his own backyard, finally brought opposition to a boiling point, forcing the coup.

The former leader most likely won’t ever see a day behind bars. After he was ousted, he took off for Dubai, where he has resided ever since.