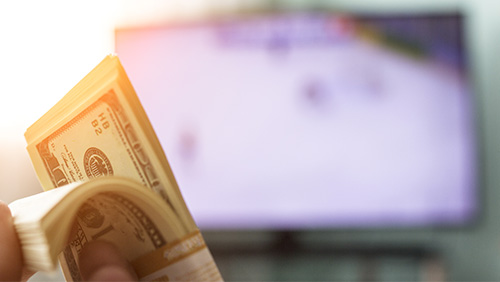 Alabama has become the latest state looking to capture a piece of the fantasy sports action to boost its coffers. The state has legalized daily fantasy sports (DFS) and implemented a tax on it, three years after Luther Strange, then Alabama’s attorney general, began a crackdown on the activity that eventually forced both FanDuel and DraftKings to abandon their operations in the state.

Alabama Governor Kay Ivey put pen to paper last Friday to sign a DFS bill only two days after it received its final approval by the state’s Senate. The new law allows the attorney general’s office to oversee and regulate the industry, as well as to ensure compliance with fiscal obligations. Large operators – those who make over $10 million nationwide – will have to pay a fee of $85,000 each year for their DFS license, while those with lesser earnings will only have to pay $1,000. All operators, however, will have to hand over 10.5% of their gross revenues in the form of taxes.

The legislation asserts that DFS is a game of skill, not a game of chance, and is, therefore, exempt from the state’s gambling laws – the laws that Strange said the industry was violating three years ago. The victory was somewhat surprising, given the fact that previous DFS bills have been shot down by the Senate over the past couple of years.

The bill’s primary sponsor, Representative Kyle South, felt confident that this was the year for DFS and he was right. He said of DFS, “One thing you can point to are all these major league baseball teams, these professional sports teams are going to an analytics-based system for choosing their players, and that’s all we’re doing here.”

FanDuel and DraftKings have not yet announced when they will return to Alabama, but it is only a matter of time. A spokesperson for FanDuel told LegalSportsReport that the sports gambling giant was “working hard to bring our fantasy sports products to Alabama residents.”

If things go according to plan, Alabama could see about $4 million more each year in its bank accounts thanks to DFS. That may not seem like a lot, but Alabama is one of the poorest states in the country, so every little bit helps.