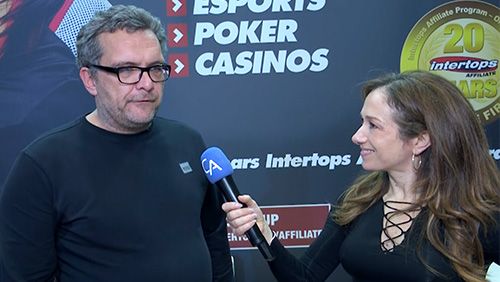 Werner Noisternigg has been in the affiliate marketing business since the very beginning, driving potential new sign-ups to the Intertops website. He joined CalvinAyre.com’s Becky Liggero to share some of the stories of those early days of affiliate marketing, and talk about what he’s doing now.

When the internet was still a quirky new concept with very little adoption, Noisternigg was already in discussion about how to build a business model on it. “We chatted and talked about this internet thing, this brand new thing called internet, and this was the first contact with the founder of Intertops,” he shared. “So we had a meeting, I think, one or two weeks later, and BetLife promoted me and pitched me the affiliate program from Intertops. I had owned the first Austrian search engine, and over this platform I tried to promote the affiliate link.”

Having that search engine, and having an early understanding of how to capitalize on search results, meant a great opportunity for Noisternigg. “I’m a coder, and so I programmed software to build millions of info pages for every keyword, for every term, one internet page, and these pages were entered in all search engines,” he explained. “I think Google was not on the market in this time, we have Altavista, Excite, Infoseek and much more. This was the first step to bring a lot of traffic to Intertops.”

“The next part was things like Super Bowl, and March Madness and NFL. I remember it was with the term Super Bowl on number one of Google at the end of January means in the Super Bowl time, and at this time we killed the landline from Netherlands to Austria with this heavy traffic and huge loads of visitors. This was the first part of promoting Intertops.”

Now that affiliate marketing is mainstream and well understood, there are plenty of other companies Noisternigg could work with, but he’s a loyal man. He said, “You have friends here, you have a network here, but right now, 2019, it feels like 1,000 of companies will promote affiliates, but Intertops is the first, and I think it’s the best.”

The man is more than just an affiliate though, he’s a businessman with other irons in the fire. “We have a lot of projects,” he told Liggero. “The first project is a marketplace for currencies. Means this is a marketplace, you say, ‘OK, I have $25 in Cubanian pesos,’ and enter it at jojmoney.com, and other travelers will buy this money. This is one of the newest projects. It’s unique in the world. In 2019, to find an idea that is unique in the world, it’s not so easy. But it works.”