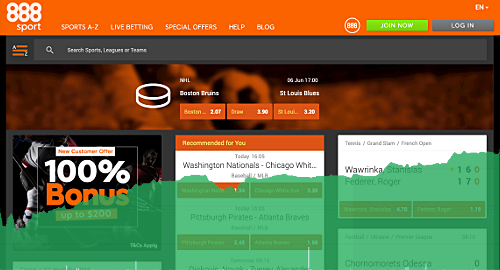 On Tuesday, 888 issued a trading update covering its performance in the current year through May 18, during which revenue was up 2%, albeit up 6% on a like-for-like basis (at constant currency, adjusted for the migration of Cashcade Bingo to its own proprietary platform and the recent acquisitions of Costa Bingo and the All American Poker Network).

Sticking with those constant currency figures, 888’s sports betting revenue was up 29% and casino improved 13%, while bingo was flat and poker endured a 28% decline. 888 recently boosted its sports betting independence via its acquisition of BetBright’s sports betting tech platform.

888 CEO Itai Pazner acknowledged that the poker vertical “remained challenging,” but the pace of negative growth was slower than the 37% decline experienced for 2018 as a whole, so things are looking up, apparently.

The company noted that its core UK operations were up 18% on a like-for-like basis (+8% without those qualifiers), with most of this action reportedly coming from ‘recreational customers.’ Pazner also celebrated a one-fifth rise in the number of first-time depositors across the company’s B2C operations.

888’s board remains confident that the rest of 2019 will play out according to the company’s expectations. The company held a capital markets event on Tuesday for investors, who apparently liked what they heard, as 888’s shares closed out Tuesday’s trading up nearly 8% to 142.5p.

Following its spate of acquisitions, 888 has been keeping a closer eye on costs of late, including last month’s announcement that it was shedding 45 staff at its Tel Aviv-based research and development team. The cuts follow a similar ‘streamlining’ process in 2017 that saw the company part company with “several dozen” of its Israeli staff. Israel currently accounts for roughly 600 of 888’s total global workforce of around 1,500.