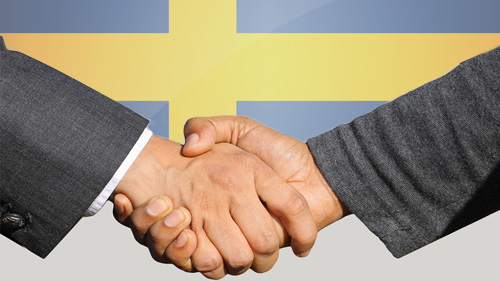 Pariplay, an online gaming technology company out of Gibraltar, has hooked up Sweden’s Svenska Spel Sport & Casino to offer its entire library of online casino games. Pariplay has been actively pursuing an expanded portfolio of operating locations and Sweden becomes the latest in a list of recent launches that includes Bulgaria and Italy. Svenska Spel Sport & Casino is the online gaming arm of Svenska Spel, which previously held a monopoly on all gambling in the country.

Among the offerings Svenska Spel will be able to provide will be Pariplay’s new Lucky Vegas release. This is expected to be released Thursday, and Svenska Spel will reportedly be the exclusive provider of the game for a two-week period that will conclude June 11.

Richard Mintz, the commercial and marketing director for Pariplay, emphasizes that the new relationship with Svenska Spel gives the company a stronger footing in the region and “highlights our drive for forward-thinking innovation.” He adds that the partnership is one piece of a larger strategic plan for this year that includes “continuing to collaborate with the leading operators in the industry’s biggest regulated markets.”

In addition to launching in Bulgaria, Italy and, now, Sweden, Pariplay has also secured several other locations for its growing portfolio. It was approved for a gambling license in Romania and is expected to introduce its games in the country soon. It is also looking to move into Spain, Portugal and Denmark, seeking approval to operate in those countries, as well.

Svenska Spel Sport & Casino VP of Casino Jonas Nygren added that Pariplay has proven itself and that “having already enjoyed success across many other regulated markets, we feel Pariplay’s diverse collection of games will complement our existing product offering” and that the company can provide the Swedes with an “even more exciting gaming experiences.”

Beginning with the new year, Sweden launched a new gambling framework that saw Svenska Spel lose its monopolistic grip on the activity. It opened the doors to international operators who can now apply for a license through Sweden’s gambling regulator, Spelinspektionen, which has already given its approval to about 70 operators.

Prepared to not let its gambling control slip through its fingers, Svenska Spel launched its Sport & Casino at the same time. Since it already had a large customer base because of its previous control, it quickly became the go-to portal and enjoyed a 21% increase in activity across the first three months of the year.