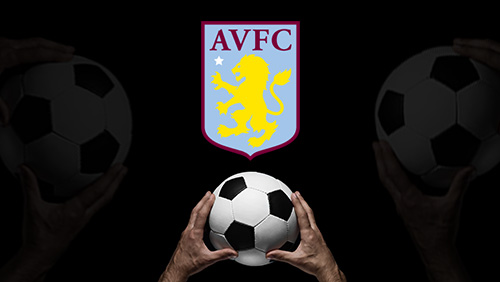 The Premier League is once again 20-teams strong after Aston Villa beat Derby County in the most expensive sporting event in the world: the Championship Play-Off Final.

Cardiff City, Fulham and Huddersfield fell through the trap door, crushing larynx’s, and soiling shorts. Norwich City, Sheffield United and Aston Villa replace them, full of hope that they will not be one hit wonders.

If any club has the foundations to be a more long term fixture in the English Premier League (EPL), it’s Villa. Until their relegation in 2016, the boys in claret and blue had played in every single EPL season since its inception in 1992-93, and now they’re back, after three seasons in the wilderness.

Villa’s accomplishment is nothing short of remarkable after Dean Smith and John Terry conjured up a 10-game winning streak in that laboratory of theirs to secure a berth in the most expensive game in world sport.

According to the financial consultants, Deloitte LLP, Villa will earn at least £170 million over the next three years even if they end up right back where they started at the end of the 2019/20 season thanks to the parachute payment process.

Despite the enormity of the prize, the first half belonged to the fans belting out chorus after chorus despite lacklustre performances from the 22-players on the pitch.

Then with the players booked in for their half-time OJ, Bovril and avocado smoothies, Villa took the lead when Anwar El Ghazi reached a cross ahead of the statuesque Jayden Bogle to bundle the ball into the net off his back.

Villa beat Derby 7-0 on aggregate in their league games, and you sensed a repeat performance after Kelle Roos misjudged the flight of a deflected El Ghazi shot, and John McGinn sneaked in to head Villa into a two-goal lead.

Frank Lampard reacted immediately, sending Jack Marriot into the fray to replace the ineffective Tom Huddlestone, and the striker helped pen Villa in their own half, as the Rams tried to climb out of the hole.

It was a furious response by Derby, and they pulled one back on the 81st minute when Marriot’s effort from inside the area deflected in off Martyn Waghorn. The referee gave the Derby fans hope when he added seven extra minutes onto the 90, but despite all of their possession, Villa held on to climb to the top of what their owner, Wes Edens, called a ‘financial cliff’.

Derby, who were last in the EPL during the 2007-08 season when they accrued an all-time low 11 points before dropping back into the Championship will have to try harder next year.

One company who went into the tie as a winner irrespective of who won was 32Red. The Gibraltar-based online gambling company owned by the Kindred Group is the shirt sponsor for both sides.