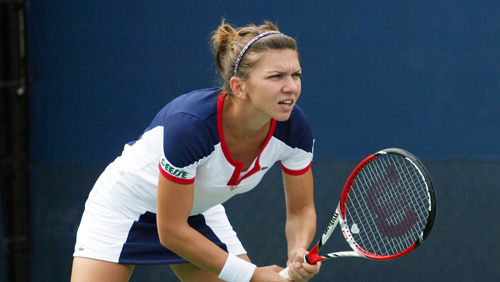 Betting on the male winner of the French Open – which starts May 26 – takes no homework, at least since Spain’s Rafael Nadal won his first title on the clay of Roland Garros in Paris in 2005. Nadal has won the only clay-court major a record 11 times and is 86-2 all-time in the event. If he’s healthy, he’s probably going to win as the best clay-court player, male or female, in history.

The women’s side, however, has largely been a crapshoot in the past five years with five different champions. In fact, since Justine Henin won a third straight French Open in 2007, there have been nine different champions. Russia’s Maria Sharapova has accounted for two wins in that stretch but won’t play in 2019 due to a shoulder injury.

The betting favorite entering this year’s tournament is defending champion Simona Halep at +400. The Romanian took her first-ever Grand Slam title (and still only one) with a 3-6, 6-4, 6-1 win over American surprise finalist Sloane Stephens. Halep was the second female from her country to win the French Open, joining Virginia Ruzici in 1978. Halep, who lost the 2017 French final to Jelena Ostapenko, hasn’t even reached the quarterfinals of the three Grand Slam tournaments since.

American Serena Williams, the best women’s player in history, is way down at +1200 largely because of injury concerns. Serena pulled out of last week’s clay-court warm-up Italian Open due to a left knee injury. It was the third straight event that Serena couldn’t finish because of physical maladies. Serena is a three-time French Open champion, last in 2015. She has 23 Grand Slam titles to her credit, most all-time in the Open era but one shy of Margaret Court’s all-time mark. Serena, who missed most of 2018 while pregnant, last won a major at the 2017 Australian Open.

Sister Venus is priced at +5000 this week. She has yet to win the French, losing in her only final in 2002 to Serena. Stephens is +1100 after coming up just short last year of winning her first major.

The Netherlands’ Kiki Bertens is +800 to win her first Grand Slam tournament. Her best major result was losing in the French semifinals in 2016. World No. 1 Naomi Osaka of Japan is +1100. She pulled out of her Italian Open quarterfinal last week with a hand injury. Osaka has won the past two majors but hasn’t been past the third round of the French.